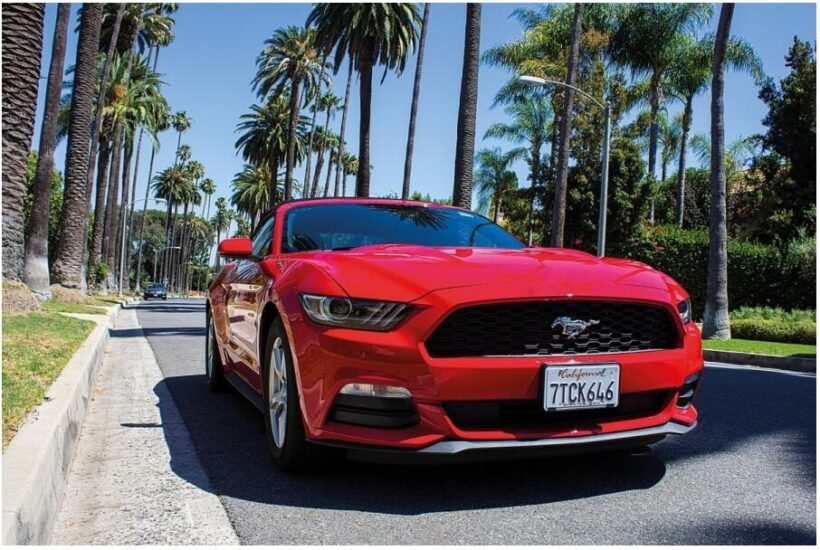 Los Angeles, often just called LA, is the city where glamor and glamor meet. As home to several well-known film productions, Los Angeles is the Mecca for stars of the film, music and fashion world. Due to the year-round beautiful weather, LA is also one of the top travel destinations in the world. Huge beaches, entertainment miles and attractions ensure that Los Angeles never gets bored.

California’s largest city offers movie industry fans plenty of opportunities to explore. On the Walk of Fame or in Disneyland, for example, you are on the trail of film history, while the sunny weather can be enjoyed on Venice Beach or Santa Monica Beach. There is no shortage of attractions in the city.

Below we present the most exciting tours, most beautiful attractions and best sights in Los Angeles. 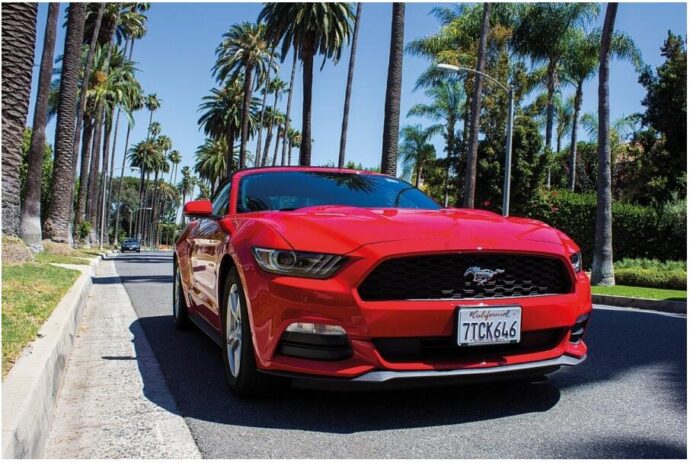 The Hollywood Sign is probably the most famous landmark of the city of Los Angeles and should not be missing on any panorama picture of the metropolis. The actual area around the sign is fenced off and cannot be entered, but you have a much better view of the landmark from the parking lot of the Griffith Observatory anyway. At the same time, a hike through the mountains and the posh neighborhood is ideal.

In fact, the Hollywood Sign has a lot more to do with Los Angeles as the origin of many significant productions than one might think. Every single letter was financed by well-known artists and entrepreneurs who were already active in LA. In addition to Gene Autry and Hugh Hefner, Alice Cooper also made a contribution to maintaining the shield.

The Walk of Fame is without a doubt the most famous walkway in the world. The path extends over fifteen blocks along which stars from the categories of film, television, music, radio and theater are immortalized with their own star. Over 2,500 stars have already been let into the sidewalk, but it is far less spectacular and glamorous than many first-time visitors expected.

In addition to several people from different industries, fictional personalities such as Bugs Bunny or film dogs such as Lassie are also honored on the Walk of Fame. In close proximity to the Walk of Fame is the Dolby Theater, which is a regular venue for the annual Academy Awards.

Rides and replicas of famous sets from films such as King Kong or Jurassic Park make Universal Studios not only a popular location for world-famous blockbusters, but also one of the most visited attractions in Los Angeles for all ages.

The Griffith Observatory on the south side of Mount Hollywood is also famous from numerous films such as “La La Land”. From there you have a good view of the Hollywood Sign and the city, but the observatory also has a lot to offer within the complex. Finally, the exhibition “Hall of Science” can be visited there.

The “Laserium” program is also part of the Griffith Observatory’s repertoire. In the evening in particular, not only do the stars shine impressively bright, but also the lights of downtown Los Angeles. Griffith Park of the same name also presents itself as an oasis of calm away from the hustle and bustle of the metropolis on the west coast.

On the outskirts of Los Angeles you will find the city of Santa Monica, which is seamlessly linked to LA, and the beach of the same name located there. On sunny days you can end your day there after a stroll through town. The Santa Monica Pier is also famous. This forms the end point of the famous Route 66 and offers some worthwhile sights and attractions.

Among other things, there is a large ferris wheel, from which you can enjoy the view of the city and the sea, as well as a roller coaster. A Route 66 sign is also a popular subject. Santa Monica is therefore a popular attraction for tourists and locals in good weather, from which one is rarely spared in California. 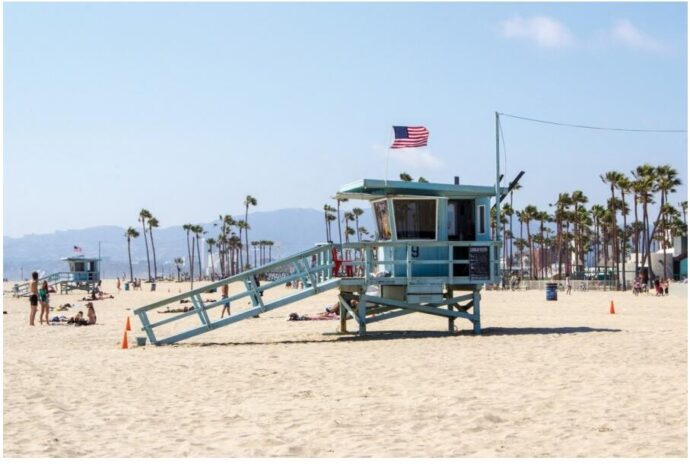 Closer to the actual city center, on the other hand, is Venice Beach, one of the most visited attractions in Los Angeles. Blue sea and white sand can be found en masse on Venice Beach. Many different cultures meet on the famous California beach. The local skater scene populates the beach due to its extensive facilities for skateboarding.

The wide footpaths, surrounded by palm trees, are ideal for leisurely strolling or for a bike tour in the sunset. Restaurants and cafes are of course also numerous on Venice Beach. But even for simply relaxing in the sun or bathing in the blue waters of the Pacific, Venice Beach is the right place.

Little Tokyo, with a population of around 30,000, is still a popular retreat for the city’s large number of Japanese citizens. There are numerous buildings that are modeled on the original historical buildings in Japan. Souvenirs can be purchased in several Japanese shops.

Of course, some sushi bars are also part of the panorama of the district. Every year in August, Nisei Week takes place in Little Tokyo, a Japanese festival with many events and attractions. In Little Tokyo you can also visit the monument to the injured Challenger astronaut Ellison Shoji Onizuka or the Japanese American National Museum.

However, the cinema is world-famous for its collection of hand and shoe prints of several film stars, who were allowed to immortalize themselves there, similar to the Walk of Fame. From Jennifer Lawrence to Fred Astaire, there are numerous prints in the cement in front of the cinema.

Of course, culture is ubiquitous in Los Angeles. For example, you can get a good look at numerous paintings and sculptures in the Getty Center, the city’s most famous art museum. Nearby is the Getty Villa with a few other exhibitions.

The architecture of the buildings is also impressive. In the style of ancient Rome you will find open buildings and extensive green spaces in the area. Since the building complex is located on a hill, on a clear day you can overlook the Los Angeles lowlands and the Pacific Ocean.

Although the city of Anaheim is no longer part of the actual core of Los Angeles, it is directly connected to it. Disneyland is thus an attraction that fits into the image of the city shaped by the film industry. The Disneyland Resort near Los Angeles is one of the most visited theme parks in the world.

Since it opened in 1955, visitors and locals alike have been able to follow in the footsteps of Mickey Mouse or Goofy. Walt Disney himself was responsible for founding the park. Various themed areas for all Disney classics as well as roller coasters and other rides are part of the repertoire of the popular amusement park. 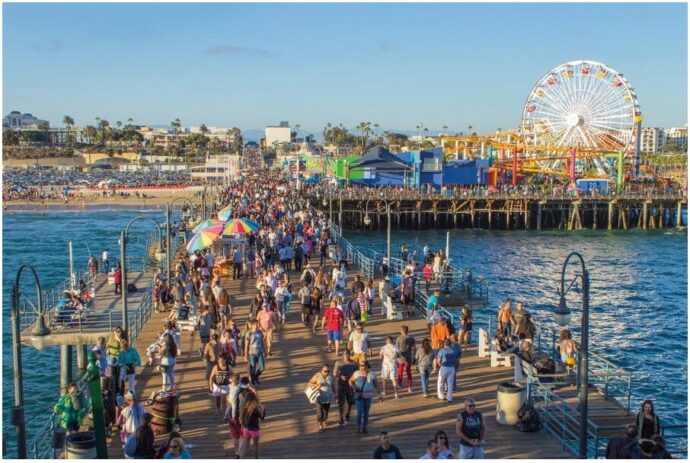