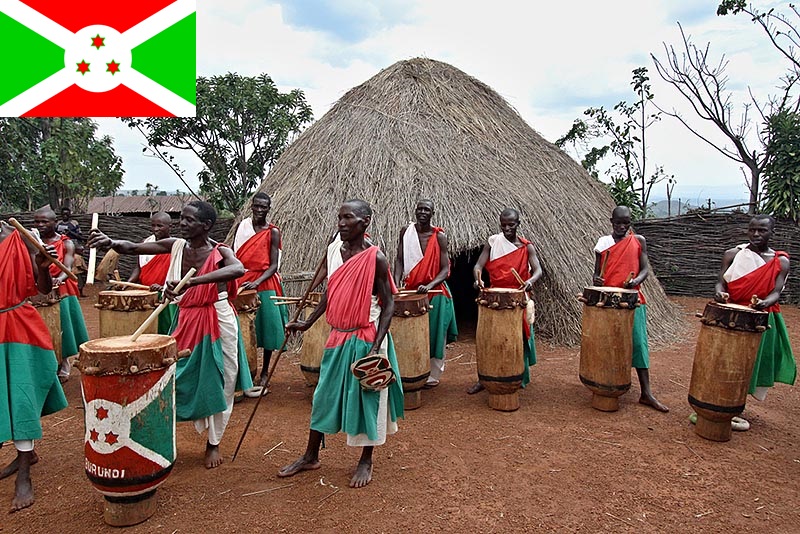 Burundi is a country located in the region of Eastern Africa. See abbreviation for Burundi. Burundi has been in deep political crisis since a contentious 2015 election, when then-president Pierre Nkurunziza was re-elected for a third term in breach of a peace agreement. Subsequently, Nkurunziza and his Hut-dominated government became increasingly authoritarian. Nkurunziza did not run in the May 2020 presidential election, but his ally Evariste Ndayishimye of the CNDD-FDD ruling party won the presidential election. When Nkurunziza quickly died in June of that year, Ndayishimye took office prematurely.

In the years following the turn of the millennium, optimism in Burundi was about a peaceful future for the long-standing rival groups of Hutu and Tutsi. The outside world saw with admiration how the Burundians in 2005 put an end to a long civil war and worked out a constitution that prescribed a division of power (see Political system). But peace began to erode quite soon after the National Council for Defense – The Forces of Democracy (CNDD-FDD), with the roots of a hutumilis, came to power in free elections that year (see Modern History).

In 2013, the government made an unsuccessful attempt to change the constitution so that the majority people hutu would gain almost total power. Parliament voted down the proposal, but the Tutsidominated party Uprona chose to leave the government. Despite the defeat, the CNDD-FDD was still determined to change the constitution to allow President Nkurunziza to remain for a third term. According to the 2005 peace agreement, no president should sit in power for more than ten years. Nkurunziza took office in 2005.

The election is judged by the outside world

In the year leading up to the presidential and parliamentary elections in the summer of 2015, the social climate worsened. The UN accused the CNDD-FDD of arming its youth militia Imbonerakure, and Amnesty International warned of a rapidly diminishing respect for freedom of speech and assembly. A climate of threat and fear emerged.

In the spring of 2015, the protests increased, and the clashes between the army and the protesters became violent. A military coup was struck in May.

The elections were held in June 2015 but were judged by many other UN, EU and African Union (AU). Nkurunziza won big in the presidential election, and as expected, the CNDD-FDD gained a large majority in parliament. By then, between 500 and 2,000 people had been killed and over 420,000 had fled the country since the crisis erupted, according to the UN. Around three million Burundians were in need of relief for their survival.

The unrest continued after the elections. Parts of the opposition were armed and supported by retired army officers. Following an armed attack on an army base in December 2015, up to 200 people were killed in government countermeasures. 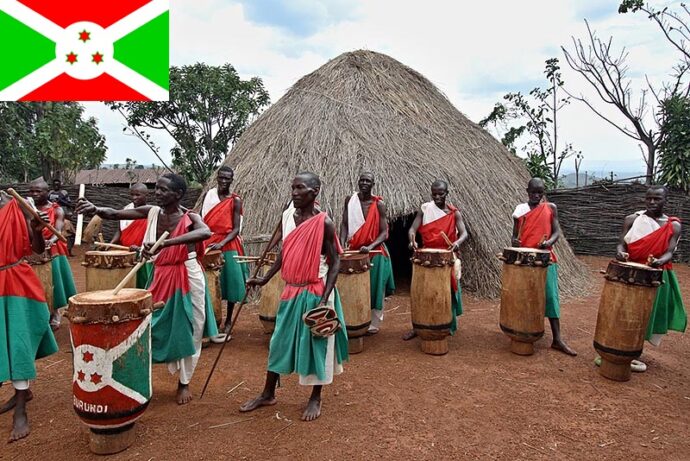 The unrest continued into the new year and in April 2016, the Chief Prosecutor of the International Criminal Court (ICC) initiated a preliminary investigation of the conditions in Burundi following reports of murder, illegal imprisonment, torture, rape and other sexual violence. In October 2017, the Court’s review allowed Burundi to leave the ICC as the first country in the world. That did not prevent the Chief Prosecutor from opening a full-scale investigation of the events during the wave of violence surrounding the 2015 presidential election the following month.

In the spring of 2017, the government initiated new attempts to amend the Constitution. It wanted, among other things, to extend the president’s term of office from five to seven years with the possibility of re-election once and to implement other changes that would give the Hutus more power and thus disrupt the power-sharing system stipulated in the 2005 Constitution. The proposals were approved in a referendum in May 2018.

The referendum received sharp criticism from the opposition who testified about threats, harassment and violence against the no-campaign. According to Human Rights Watch (HRW), the vote was held under heavy pressure, harassment and fear, in a climate that did not mean a free choice. HRW stated that they documented 15 deaths and six rapes as punishments against those perceived to be against CNDD-FDD, eight cases of disappearances and a number of other violent crimes. The Burundi government rejected the charges.

Oppression and fear of the 2020 elections

The changes in the Constitution meant that Nkurunzizas could remain president until 2034, but the day after he signed the new constitution in June 2018, Nkurunziza announced that he had no intention of running for the 2020 elections.

In January 2020, CNDD-FDD instead appointed party chairman Evariste Ndayishimiye as its presidential candidate. Ndayishimiye is a general and has previously been Minister of the Interior and Security. He belongs to Burundi’s power elite and was close to President Nkurunziza. Nkurunziza, who many believed would continue to influence politics through Ndayishimiye, would receive a newly built luxury villa, a $ 550,000 severance bonus and a monthly salary when he resigned.

A UN Commission reviewing Burundi conditions (UN Commission of Inquiry on Burundi) warned in September 2019 that CNDD-FDD and Imbonerakure had already created a “climate of fear” ahead of the 2020 presidential and parliamentary elections. the Burundians would be intimidated to vote on the CNDD-FDD and its presidential candidate, according to UN investigators. By silencing all critics, the rulers created the impression that calm prevails in the country, according to the investigators.

Examples of human rights violations committed during Nkurunziza’s third term include politically motivated murders and disappearances, arbitrary arrests, and torture and rape of suspected political opponents. The perpetrators have almost always gone free, as neither the media nor the judiciary can operate freely. The UN investigators have not been able to enter Burundi but based their report on just over 1,200 statements from victims, witnesses, perpetrators and other sources.

Elections during the corona crisis

The general elections were conducted as planned on May 20, despite the fact that the corona pandemic also struck against Burundi (a fact that President Nkurunziza has long denied). The electoral movement was described as violent with harsh clashes on the streets between supporters of various parties and reprisals against government opponents. Social media such as Twitter, Whatsapp and Facebook were turned off by the authorities just an hour before the election began.

As expected, the presidential election of the governing CNDD-FDD’s candidate General Evariste Ndayishimye was clear, ahead of Agathon Rwasa of the opposition CNL. The CNDD-FDD also won clearly in the parliamentary elections. Agathon Rwasa accused the government side of extensive electoral fraud, but the Constitutional Court ruled the outcome.

On June 9, the Burundian government announced that President Nkurunziza, 55, had died quickly on June 8 due to a cardiac arrest. A power vacuum arose when the government began negotiations with the Constitutional Court on who would replace Nkurunzizia. According to the constitution, the President of the National Assembly would have replaced the president, but on June 12, the Constitutional Court decided that election winner Ndayishimiye would take office as soon as possible. It happened on June 18th. According to the constitution, he would have sworn off the president only in August.

President Ndayishimiye appointed Alain-Guillaume Bunyoni as new prime minister. Bunyoni is a member of the Hawks in the ruling elite and is one of the Burundians facing the United States for his role in political repression and violence against civilians since 2015. He has previously been chief of police and security minister.

At the end of June, Ndayishimiye presented its new government, consisting of only 15 ministers. The government is dominated by hardy so-called hawks within the ruling party. There is much to indicate that President Nkurunziza’s tough Hut-dominated policy will continue. New Minister of the Interior became Gervais Ndirakobuca, head of the country’s dreaded intelligence service. Against him, the United States, the EU and France have imposed sanctions for his participation in the violence against the opposition in 2015. Burundi UN ambassador Albert Shingiro received the post of Foreign Minister.

87.7% in the 2020 presidential and parliamentary elections 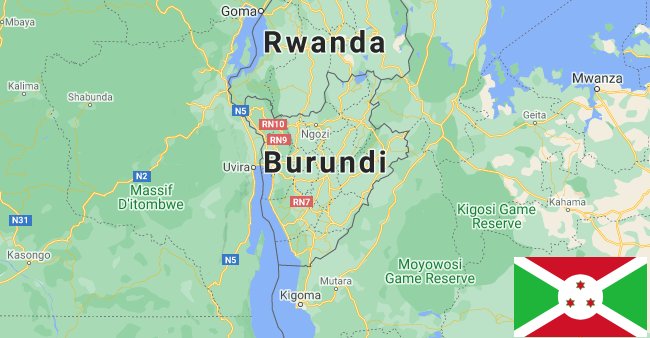