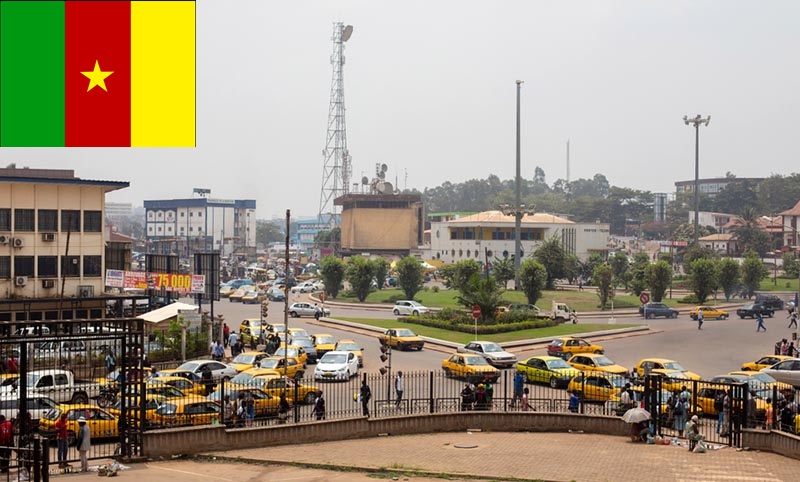 Cameroon is a country located in the region of Central Africa. See abbreviation for Cameroon. Paul Biya has been President of Cameroon since 1982. In the fall of 2018, at the age of 85, he was re-elected for a new seven-year term. The security situation in the country is the most important political issue. In the English-speaking areas, a separatist insurgency is underway and in the north the Islamist extremist group Boko Haram is making violent raids from neighboring Nigeria.

Biya and his ruling party RDPC have a strong grip on power. This was confirmed in the parliamentary elections in autumn 2013, which had been postponed several times. RDCP won a superior victory. Once again, the opposition accused the authorities of electoral fraud and international observers reported many cases of irregularities.

The RDPC also dominates the House of Parliament (Senate) and the country’s local political assemblies.

The most important political issues are the fight against widespread corruption (see Democracy and Rights) and the security situation in the northern and western parts of the country.

The violence in the north

During the 2010s, a worsening security situation in neighboring countries has led to violence and unrest in Cameroon as well. Civil war in the Central African Republic between 2012 and 2015 drove hundreds of thousands of refugees from there into Cameroon (see Population and Languages) and the fighting occasionally reached across the country’s border.

Even more serious was the threat from the Islamist terror movement Boko Haram, which through its brutal ravages in northern Nigeria has forced hundreds of thousands of Nigerians to seek protection in Cameroon. In 2011, the movement also began to raid Cameroonian territory and from 2014 the group’s activities in the country increased. Boko Haram attacks and raids villages in search of food and attacks police and army posts to get over weapons. Thousands of people have been killed or kidnapped in connection with the raids.

To stop Boko Haram, the government has deployed large-scale troops in the Northwest, adopted tough anti-terrorism laws and initiated security cooperation with neighboring countries. The progress of the Islamists has not been able to stop, but it has slowed down from 2015. The Islamists are now recruiting members in Cameroon as well. 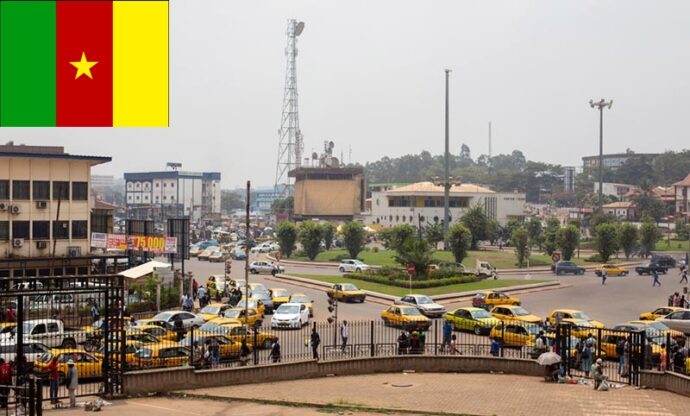 Rebellion among the English speakers

In the English-speaking regions of the northwest and southwest (see Population and Languages), a conflict is ongoing between protesters demanding greater self-government and government troops trying to quell the protests. In the areas there are also armed separatist groups that have increased their resistance significantly since autumn 2017.

The English-speaking minority, which make up a fifth of the population, feels discriminated against in education and the labor market. It addresses the dominance of the French language in the social apparatus.

The English speakers stepped up their campaign for greater independence at the end of 2016 through protests that met with violence and government arrest. After the separatist forces among the English-speaking people adopted a symbolic declaration of independence and on social media proclaimed the Republic of Ambozonia, in October 2017 the tension quickly increased.

Behind the explanation was the Armed Forces Group of the Armed Forces (ADF) and its political branch of the Ambassador’s Governing Council (AGC). AGC leader Julius Sisiku Ayuk Tabe proclaimed himself Ambassador’s President. He was sentenced in August 2019 by a military court to life imprisonment for terrorism and separatism. At the same time, nine other separatists were sentenced to the same sentence for similar crimes. The ten were also fined a total of $ 422 million.

Clashes between separatists who have taken up arms and government troops now belong to everyday life. Both sides commit serious abuses against the civilian population (see Democracy and Rights). Since the fighting broke out in the fall of 2017, more than 3,000 people have been killed and half a million forced to flee their homes. Tens of thousands have crossed the border into Nigeria. At least seven militia consisting of a total of around 4,000 men are fighting for their own state in the English-speaking areas.

After an electoral movement with sharply escalated violence in the two English-speaking regions and unrest in the north, the Cameroons went to presidential elections in October 2018. Parliamentary and local elections would have been held at the same time but postponed for organizational reasons. 85-year-old Paul Biya won the presidential election by a large margin and could thus remain for another seven years. Maurice Kampto received the second most votes from the rebirth of the opposition Cameroon (MRC).

Three opposition parties questioned the electoral process and demanded that the election be annulled because of government cheating. The complaints were rejected by the Constitutional Court.

In early October 2019, Biya invited various groupings to a national dialogue on how to resolve the conflict with the English-speaking regions. Radical militant groups were not invited. The dialogue had two results. MRC leader Maurice Kampto was released along with 330 other opposition parties (including many MRC members) and the criminal investigations against them were closed. In addition, the English-speaking areas were proposed to have increased self-government in the form of increased taxation rights, elected governors and the reinstatement of their traditional leaders (chieftains). The proposal was rejected by the radical groups that demand full independence.

Parliamentary elections with violence and boycott

In February 2020, parliamentary and local elections were held after being postponed by Biya on two occasions. About 50 parties lined up with candidates, but MRC chose to boycott the election for fear of electoral fraud. The MRC, whose leader Kamto was now abroad, wanted to see changes in the electoral system and an end to the separatist uprising in the west before the elections were held. However, the largest opposition party SDF participated in the election, after some doubt.

The election movement was described as dimmed. In the north, it was difficult to carry out an electoral movement because of the threat from Boko Haram. In the English-speaking areas, separatists tried to stop the election by kidnapping several candidates, election officials and people carrying a voting card, Voice of America reported.

According to a report by Human Rights Watch (HRW), militant separatists in the English-speaking areas kidnapped more than 100 civilians and burned down several polling stations, a post office where election materials were preserved and at least seven private residences belonging to candidates, election workers, etc. Separatists harassed and attacked people who wanted to participate in the elections as voters, election directors, election workers or candidates. Government soldiers and the police also committed “other types of abuse”. Between January 17 and 20, 2020, the military destroyed an offensive of over 50 homes and killed several civilians, including two men with intellectual disabilities, according to HRW.

The election day itself was reported to be calm in the French-speaking areas while shooting was heard in the cities of Buea and Kuma in the English-speaking parts of Cameroon. There, some residents had chosen to leave their homes for fear of outbreaks of violence between government soldiers and separatists.

In late February, the Cameroon Constitutional Council annulled the parliamentary elections in parts of the English-speaking regions. The election must be redone in the constituency of Lebialem in the South West region and in ten constituencies in the North West region. These areas suffered extensive violence during the election process.

The final election results were announced at the end of February 2020. The ruling RDPC won a major victory with 139 seats against 7 seats for the UNDP alliance party and 5 seats for opposition SDFs. The turnout was very low, just under 46 percent.

Read about the events in the Calendar. 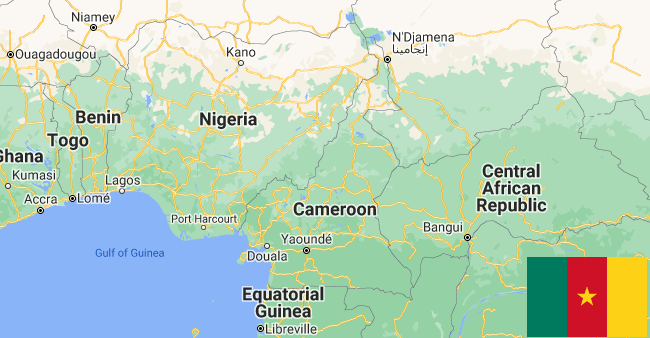