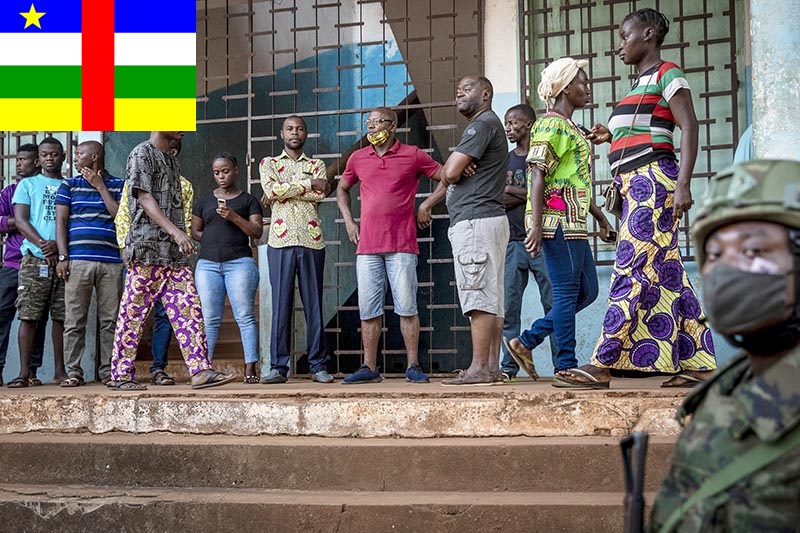 Central African Republic is a country located in the region of Central Africa. See abbreviation for Central African Republic. Years of bitter struggle between various armed groups have throughout the independence characterized the country’s politics and hindered the building of a functioning state. Outside the capital, there is basically no legal system, no health care system, no schools or wage jobs. Central Africans themselves capture the situation in the phrase “the state stops at PK12”, which means that the state’s influence does not extend beyond 12 kilometers from the center of Bangui.

It was hoped that the democratic elections held in 2016 would pave the way for a more peaceful development, but new struggles have erupted and followed by new attempts to broker peace. The latest peace agreement was signed in February 2019, but already in March it began to crack in the joints.

The conflicts over power over resources in the Central African Republic, rich in both gold and diamonds, timber and other natural resources, have been ongoing since independence from France in 1960. The country has gone through a large number of coups and armed conflicts. Tensions in society are fueled by widespread poverty. Many people choose to join a rebel group because they see it as a job, a source of income. Thus, it is easy to build a militia for the politician who wants to take up arms to promote his interests.

The latest conflict erupted in late 2012 when a Muslim-dominated rebel movement, Séléka, took over power, resulting in a bloody conflict between the rebels and mainly Christian-dominated militia, called anti-balaka (see Modern History). Both sides abused civilians. From 2012 to 2015, at least 5,000 people lost their lives during the conflict. Since then, new casualties have been demanded and over a million people have been forced to flee. The war has also had devastating effects on agriculture and the economy in general. In 2018, over half of the population depended on international relief. 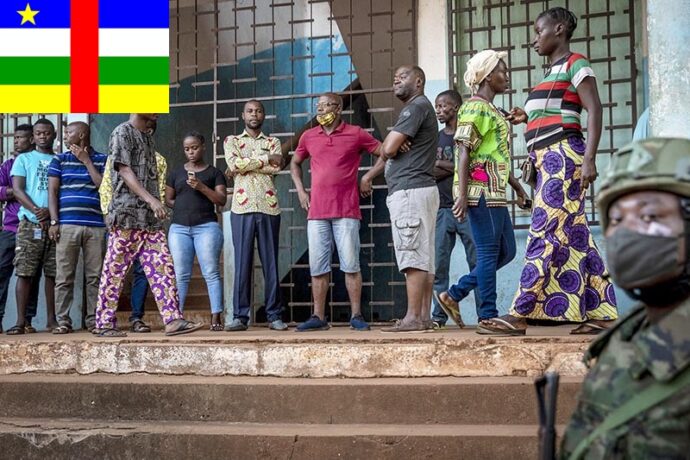 However, the worst wave of violence erupted, at least in the capital Bangui and some other cities, after the foreign peacekeeping forces began to intervene more actively against flaming fighting. The insufficient regional peace force, Misca, was converted in September 2014 to the UN force, Minusca and reinforced to 6,500 men with better equipment and education. In the spring of 2015, Minusca comprised just under 10,000 people (in January 2019 it had been increased to just over 15,000 people). The French force that was also deployed in 2014 consisted mostly of about 2,000 men.

The fact that the situation became somewhat calmer was also due to a certain war fatigue among the armed groups. They were more willing to enter into armistice and some militiamen had accepted the offer of amnesty and were allowed to enlist in the regular army.

In May 2015, a reconciliation meeting was held in Bangui with representatives of the government, a number of militias, religious groups and other organizations. At the meeting, most of the militia groups agreed to lay down their weapons, but parts of anti-balaka were not included in the meeting. Similarly, several groups of former Sélékarebeller were missing (Séléka was formally dissolved in the fall of 2013 but many of the rebels continued to fight in new groups).

Although the violence decreased, the situation was far from stable. Formerly Sélékarebeller has at times ruled the northern and eastern parts of the country while the anti-Balaka who are still active have hedged in the west.

The peace forces work together with the small domestic police forces that are being rebuilt but unable to maintain law and order throughout the country. In the countryside, many militias have been turned into robberies that push the population for money and supplies or set up roadblocks and demand those who pass on money.

The outside world wanted to get rid of their costly and risky involvement in the Central African Republic as soon as possible. The UN had great difficulties in raising money for Minusca and France withdrew most of its troops in the fall of 2016, except for about 350 men who would be part of the UN force.

The outside world pressed for the provisional government in Bangui (see Political system) to be replaced by general elections. The elections that Interim President Catherine Samba-Panza announced until October 2015 had to be postponed following a new outbreak of violence in the capital.

In November, it was announced that a referendum on a new constitution would be held on December 13, followed by presidential and parliamentary elections at the end of the same year.

The referendum was carried out as planned, but was disturbed in several places by gunfire and other violence. The presidential and parliamentary elections on December 30, on the other hand, could be held in calm conditions. Thirty candidates ran in the presidential election, but neither President Catherine Samba-Panza nor her representatives were allowed to participate.

On January 7, 2016, it became clear that there would be a second round of elections between two former prime ministers, Faustin Touadéra and Georges Dologuelé, to be held on February 14. There, Faustin won Touadéra with almost 63 percent of the vote. Before the final round, he had managed to win support from the 22 candidates who were eliminated in December.

The second round of the presidential election was also followed by cheating charges against the winner. Dologuelé claimed, among other things, that Faustin Touadéra utilized his Freemason friends both domestically and in France to undermine his candidacy.

On March 30, Touadéra took office as president. He then promised to take steps to build peace in the country, by disarming the fighting groups, building new defense forces and investing in agricultural development.

Parliamentary elections were also held in two rounds, on February 14 and March 31. In twelve constituencies, however, it had to be redone. Sixty of the 140 members were elected as independent, and none of the 17 parties nominated received more than 16 seats.

The violence is escalating

That did not mean it was calm in the country. Fighting broke out in the north in June 2016 and thousands of people fled to Cameroon and Chad. In many cases it was about contradictions between different factions of the now divided Séléka movement. Reports also came of growing crime in Bangui, with murders, kidnappings and looting, fueled by the large availability of weapons. The concern was also fueled by the fact that there was a great dissatisfaction with the fact that Touadéra had so much appointed ministers from the former Bozizé governments.

Violence also continued during the first half of 2017. Both former Séléka rebels and anti-Balaka militias targeted their attacks on the Fulani people whose livestock was one of the few assets they could plunder. As a backlash, the cattle herdsmen acquired ever heavier weapons to defend themselves.

In the spring, however, the government, through the mediation of the Catholic Church, succeeded in concluding a peace agreement with 13 of the 14 militia groups on June 19, where they promised to lay down their weapons in exchange for political influence. The day after the riots broke out in the northeast and it was questioned what control the leaders actually have over their forces. Thereafter, violence increased again. Struggles broke out both between different militia groups and between militia groups and the UN force. The civilian population is still severely affected by the violence and the most vulnerable are the Muslims.

Under the new regime, there was also a rapprochement with Russia, which provided the new defense forces with weapons (after special permission from the UN Sanctions Committee) (see Foreign Policy and Defense). A Russian, Valerij Zacharov, also served as security adviser to President Touadéra. In the summer of 2018, the Central African Republic and Russia signed a defense agreement, but Russian interests have also been involved in other sectors of the country. In 2018, between 250 and 1,000 Russians were estimated to work in the country. In this light, French promises of new support for the country of € 24 million should also be seen, as France does not want to lose its traditionally strong influence in the region.

Yet another peace treaty

A new peace agreement was signed in early February 2019 after 18 months of negotiations. Under the agreement, a national unity government would be formed with representatives of all the country’s political and social movements and with a prime minister from the rebel side. Army brigades would also be created to include both government soldiers and rebels, who were tasked with disarming rebels and helping them to reintegrate into society. A special transitional justice body would also be established (see Calendar).

But already in early March, after a new government was appointed, the peace agreement began to crack, much because of the militia groups’ dissatisfaction with how it had been designed. The rebels had expected, among other things, that the new prime minister should be taken from their ranks, now it became instead Firmin Ngrébada, who has close ties to President Touadéra. In addition, five militia groups were without ministerial posts, while others were not satisfied with the responsibilities they were given.

59% in the second round of the 2016 presidential election

it is unclear when the next election will be held.

A new constitution is approved in a referendum.