Comoros is a country located in the region of Eastern Africa. See abbreviation for Comoros. The 2016 presidential election was won by Azali Assoumani, who has been president twice before, including after a coup in 1999. In 2018, Assoumani announced a referendum on constitutional changes and received voter support for them. The president described the changes as a way to preserve stability in the Comoros, but according to the opposition, it risks disrupting the fragile balance of power between the various parts of the country. It now became possible for Assoumani to stand for re-election in the 2019 presidential election, which he won with clear numbers, but he was also accused of extensive electoral fraud.

The foremost political issue in the Comoros is the distribution of power between the islands of Grand Comore, Anjouan and Mohéli, which together constitute the Union of Comoros, and the federal government in the capital Moroni. In the 2001 constitution, the islands’ autonomy was strengthened, but through several additions made in 2009, which were approved in a referendum, the central government instead gained more powers. The constitutional amendments made in 2018 meant another step in the same direction, when the 2001 rotating presidency system was abolished, and the president can continue to sit for two five-year terms in a row.

Another important political issue for the Comoros is that the country claims the neighboring island of Mayotte, which is geographically part of the Comoros archipelago but which is politically chosen to belong to France (see Modern History). Although Mayotte’s status has not been discussed within the UN since the 1990s, the Comoros continue to assert their right to the island. At a speech at the 2012 UN General Assembly, then-President Dhoinine reiterated the Comoros’ demands on Mayotte and criticized the visa requirement for Comorian citizens that France had introduced and thus also applies to Mayotte. The visa requirement came at the request of Mayotte’s political leadership, who wants to limit the large flow of refugees from the Comoros to the more well-off Mayotte.

The deep political contradictions within the country have triggered some 20 coups and coup attempts over the years. A couple of times the islands have been invaded with the help of foreign lego nectars. By April 2013, 15 people were arrested in connection with a failed coup attempt involving mercenaries. 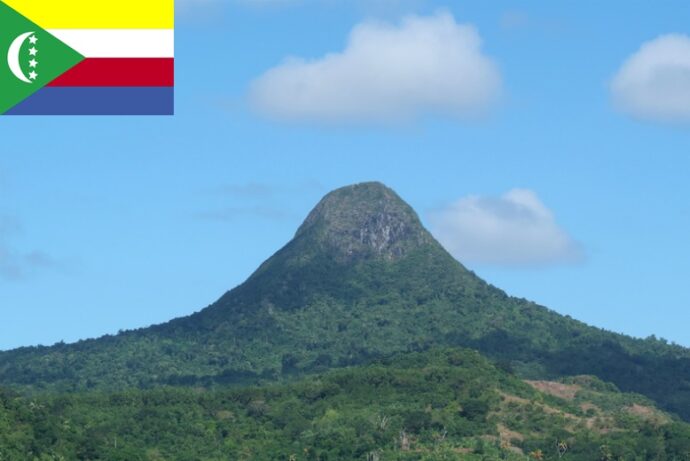 The Sunni-dominated Comoros are sometimes criticized by human rights organizations for restricting the religious freedom of minorities. This is mainly true of Christians, but in the fall of 2014, more than 20 Shia Muslims were arrested after the Comorian religious leadership expressed concern over Shia Muslims’ growing influence in the country at a Moroni meeting. According to the magazine Africa Confidential, Azali Assoumani has in recent years approached Saudi Arabia, among other things, by providing open support for how the Saudis handled Jamal Khashoggi, the Saudi journalist who was murdered in Turkey in the fall of 2018. In addition, the Comorian authorities have made strikes against the country’s Shiite minority.

With the constitutional changes 2018, Sunni Islam became a state religion.

Election success for Assoumani and defeat against the opposition

Following the referendum on constitutional amendments in July 2018, several attacks were made against the opposition, and a number of politicians, military and activists were imprisoned or placed under house arrest. Several regime critics were also said to have left the country, including former Vice President Ahmed Said Jaffar, who was indicted in his absence for “conspiring against the state”, or kept hidden to avoid being arrested. The main opposition party of Juwa’s office was forced to strike again.

In the presidential election held on March 24, 2019, twelve candidates stood in addition to President Assoumani. However, several leading politicians, such as former Vice President Mohamed Ali Soilih and Juwa Party’s Ibrahim Mohamed Soulé, were not allowed to participate. Assoumani won the election by almost 61 percent of the vote, but the opposition claimed that extensive electoral fraud had occurred, which was confirmed by observers from the African Union (AU) and the regional cooperation organization Comesa (see Calendar). The opposition candidates gathered the week after the election in a group called the National Transitional Council (CNT) and called for a campaign of civil disobedience. CNT leader Soilihi Mohamed, a respected former army commander who came fourth in the election, and several other opposers were reported to have been accused of rebelling against the government. At the same time, the military stated that several people had been shot dead near a military base in Moroni, but few details of what happened are known. Soilihi Mohamed was later released and then withdrew from CNT.

The parliamentary elections in early 2020 became a walking victory for the presidential party Comoros Reconstruction Collection (CRC), which won 22 of the 24 seats elected through general elections. The other two mandates went to a party close to CRC. The four major opposition parties boycotted the election. 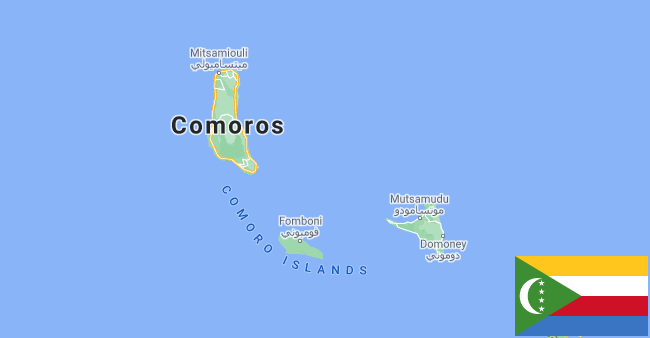