Egypt is a country located in the region of Northern Africa. See abbreviation for Egypt. In the summer of 2013, the military deposed Muhammad Mursi who had won Egypt’s first free presidential election a year earlier. This happened after popular protests that were at least as extensive as those that drove Hosni Mubarak out of power just over two years earlier, during the Arab Spring. The military-backed regime has since imprisoned thousands of Islamists and silenced much of the secular and liberal opposition. F Orre army chief Abdel Fattah al-Sisi has won the presidential elections without real opposition and constitutional amendments guaranteeing his continued rule.

Large demonstrations preceded the military’s intervention on July 3, 2013 (see Modern History). But they were immediately replaced by new protests, this time among the followers of Islamist Muslim Brotherhood. They gathered in the tens of thousands and demanded that Mursi be re-elected to the presidential post. Two large protest camps arose in Cairo. On August 14, security forces stormed the camps and drove the protesters away. At least 800 people were killed in the attack on the square at the Rabaa al-Adawiya Mosque, in what has been described as the worst massacre. Concerns erupted around the country.

The old military rulers were now investing in crushing the Brotherhood. Mostly the entire management was arrested and the organization was banned again. The campaign, which was also targeted at other Islamist groups, was presented as a fight against terrorism. Rioting continued throughout the fall with clashes between fraternities and government supporters, attacks on police and military, and assaults on which the authorities blamed Islamists.

The Brotherhood is stamped with terror

A new law banning unlicensed demonstrations was passed in November 2013. The law was soon applied not only to Islamists, but also to secular and liberal government critics. Just before the end of the year, the government stamped the Muslim Brotherhood. Thus, it was punished to support the organization and its activities.

The military’s withdrawal of power led to political violence and mass arrests to an extent that the country has not experienced since the 1990s. More than 3,000 Egyptians are estimated to have been killed and up to 19,000 arrested only in the latter half of 2013. Human rights organizations reported difficult conditions in overcrowded prisons and extensive police and military abuse of prisoners. Nevertheless, support for the transitional government was strong. Many Egyptians accepted the official image – which dominated in government-run media – that the attacks against the Islamists were a necessary fight against terrorists. With the same justification, current President Abd al-Fattah al-Sisi has continued to strengthen his own and the military’s power. 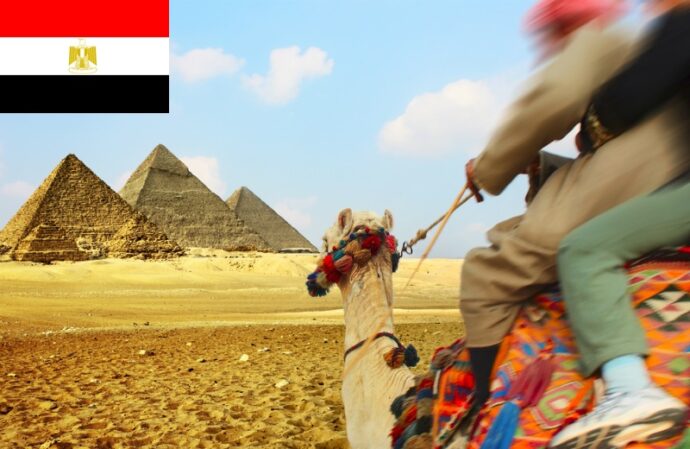 In the fall of 2013, a committee drafted a new constitution, which would replace an Islamist-colored constitution adopted in December 2012 (see Modern History). The committee consisted of 50 people, of which only two represented Islamist parties. The Brotherhood and other Islamist organizations, like many secular groups, objected to the procedure.

When a referendum was held on the proposal in January 2014, the Brotherhood called for a boycott. However, almost 98 percent of the voters who participated voted for the Constitution, even though turnout was only 39 percent.

Abd al-Fattah al-Sisi, who was appointed army chief and defense minister by Mursi, emerged after the coup as the country’s actual leader. He was in the presidential election in May 2014. Sisi’s victory was considered given in advance; he had broad voter support and serious challengers were missing. In the election, according to the official result, Sisi received support from 97 percent of voters against only 3 percent for the only opponent, left candidate Hamdin Sabbahi. But turnout was low, 47 percent. Sisi took office in June, promising continued tough grip on “terrorism”.

In 2014, parliamentary elections were also held. Government loyal candidates took home most of the seats, as members of an alliance of Sisitrogen parties or as formally independent candidates. Only three parties that were not part of the alliance received more than ten seats, but all were nevertheless considered to belong to the Sisitrogen camp.

In January 2016, the first parliament of Egypt gathered since the previous dissolution by the court in 2012. It took weeks to subsequently approve several hundred decrees issued by the president.

By the time Parliament was in place, a return to democracy was complete, according to the plan Sisi presented at the military coup. But critics believe that the board has become as authoritarian as it was during Mubarak’s time, and that the oppression of dissent is worse (see Political system). Brotherhood has been pushed underground and the secular and liberal forces that lay behind the 2011 revolution have been silenced.

The government and loyalist media dismiss political opposition, independent citizen activists and human rights fighters as unpatriotic or even as traitors. Large sections of the population support the government because it is seen as a guarantor of continued stability. When Parliament adopted some 20 amendments to the Constitution in 2019, all intended to strengthen the presidential and military powers, the proposals were also approved in a referendum. But as usual, not even half of the voters found it meaningful to go to the polls.

Critics have pointed out that the constitution is now tailor-made to suit a single person. The rule of law is weakened, the principle of sharing power between important bodies is undermined, the power of parliament is circumvented and the scope for dissent is reduced. “A shameless attempt to consolidate the military’s power over civil society,” reads the description from the deputy head of the Human Rights Watch Middle East division. A teacher of political science in Cairo, Mustapha Kamel al-Sayyid, for his part, has emphasized that the president has created a dangerous example that can be used even by leaders who come after Sisi.

While the Brotherhood, which has largely acted in the political arena, has been rendered harmless, armed Islamist groups have stepped up their attacks mainly on the Sinai Peninsula. At least 1,000 police and soldiers have been killed in assaults and assaults since 2013, and even more suspected Islamists have been killed in fighting. The most active group was formerly called Ansar Bayt al-Maqdis but has changed its name to Sinai Province and swore allegiance to the Islamic State (IS) terror group.

Several hundred civilians have been killed in the unrest. Extremist Islamists have carried out several blast attacks against Christian churches with dozens dead at a time. But it is not only Christians who are exposed: in November 2017, the bloodiest attack was carried out in modern times in Egypt. Over 300 mosque visitors were killed when about 40 perpetrators attacked during Friday prayers at al-Rawda Mosque outside Bir-al-Abd on the Sinai Peninsula. IS is believed to have been behind the deed. As a result of the attack, President Sisi in early 2018 ordered a military offensive against the Islamists, called “Sinai 2018”. After over two months, more than 100 jihadists and at least 30 soldiers have been reported killed, and Human Rights Watch warned of a humanitarian crisis as transport restrictions led to food, fuel and drug shortages.

President in the long term

Before the presidential election in March 2018, all serious rivals were arrested, or they withdrew from the election in advance. A single counter-candidate signed up at the last minute: Musa Mustafa Musa, leader of a party that had expressed support for Sisi before the election. Several leading politicians and parties called for election boycotts. Sisi was supported by 97 percent of voters, but only 41 percent cared about voting.

The constitutional changes that have been implemented after that (see Political system) make it likely that Sisi will continue as president until 2030.

Reading tips – read more about Egypt in the UI’s online magazine Foreign Magazine:
EU model for a peaceful Middle East (2018-01-18)
Egypt seeks cooperation with less demanding partners (12/12/2017)
Most people in the Middle East are Living on the Edge (2017-12-08)
Forcing the only language Israel and the Palestinians understand (9/27/2017)
Two-part strategy needed against militant Islamism (5/27/2017) 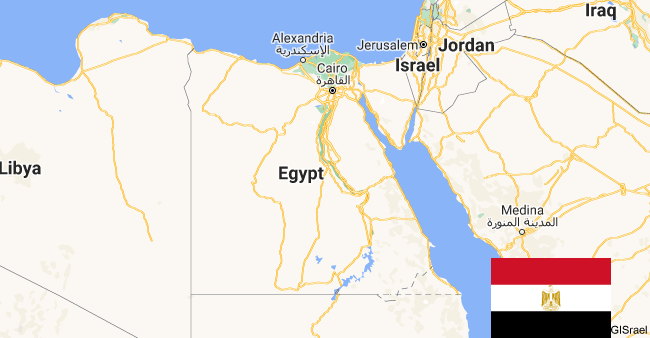