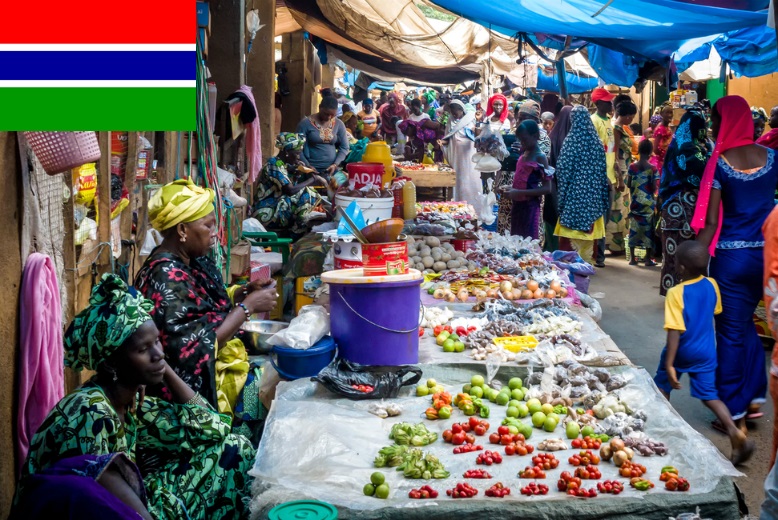 Gambia is a country located in the region of Western Africa. See abbreviation for Gambia. President Yahya Jammeh ruled the Gambia for 22 years with authoritarian methods after taking power in a coup in 1994. His position was strengthened by the fact that the opposition was divided, but the December 2016 presidential election paved the way for a change of power, when Adama Barrow, joint candidate for seven opposition parties, won the election. Jammeh initially refused to leave, but gave up since the neighboring countries stood on Barrow’s side and joined troops in The Gambia. In early 2017, Adama Barrow took office as the country’s president.

For a long time, Yayha Jammeh seemed to sit uninhibited in power. He had won all presidential elections up to 2011 by a good margin and his party the Alliance for Patriotic Reorientation and Reconstruction (APRC) had an overwhelming majority in the National Assembly. The political climate hardened after the turn of the millennium, with more and more reports of restrictions on freedom of expression and other violations of civil and human rights.

That Barrow, who was running for an opposition alliance with seven parties, could win the election was due to several factors. One of the most important was that such a large part of the opposition was able to agree on a joint candidate. Before the election, Barrow left the United Democratic Party (UDP) to represent all parties within the alliance.

Assessors believed that it was mainly young voters who wanted a change that had voted for the opposition, not least in light of the country’s increasingly poor economy. The Ebola epidemic in three West African countries, despite the fact that Gambia had not been affected, had frightened many tourists, new high tariffs had led to a blockade that created a commodity shortage in the country. Furthermore, the country had become increasingly isolated internationally. 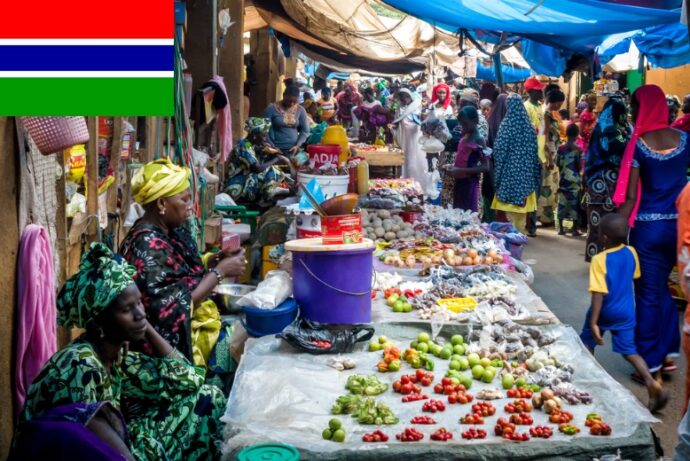 During the election campaign, Barrow had promised to boost the economy and tear up many of Jammeh’s most controversial decisions, such as leaving the Commonwealth and International Criminal Court (ICC) and Gambia to have Islam be an Islamic state. Another election promise was to release all political prisoners, and Barrow announced plans to appoint a Truth and Reconciliation Commission. The seven-party alliance he represented had agreed before the election that it would govern for three years and then announce new elections. Barrow stated that in doing so he would leave politics and return to his business.

The change of power was completed when the UDP won a landslide victory in the parliamentary elections held in April 2017. In that election, the seven government parties stood up separately. The UDP gained its own majority in Parliament while the former ruling party APRC collapsed and received only a handful of seats. However, turnout was low, with just over two out of five voters voting.

UDP also strengthened its position by winning the local elections in April the following year. Prior to the election, there were some confrontations between supporters of UDP and APRC.

After the change of power, Gambia was given a much freer political climate. Barrow quickly tried to show that he stood for other ideals than Jammeh. Shortly after taking power, he ordered that 170 prisoners who were detained without trial be released. Others were granted amnesty, among them six soldiers who had been sentenced to intervene in a coup attempt against Jammeh 2014.

Major changes were also made in the security sector. The general who led the army was replaced in early 2017. The police also got a new leadership. The previously feared security service Nia was restructured and renamed State Intelligence Services (SIS). Nia’s former chief Yankuba Badjie and eight of his subordinates were arrested and prosecuted for the murder of opposition activist Solo Sandeng in April 2016. Several other legal processes have also been launched to claim responsibility for murders committed under Jammeh’s rule, including trying to recover the money and other assets wasted by the previous regime. He was accused of seizing assets worth at least $ 50 million (see also Democracy and Rights and Calendar). A process has also been initiated to abolish the death penalty, until further notice there is a stop to all executions.

At the same time, a Truth, Reconciliation and Reparations Commission (TRRC) has been set up to investigate the abuses committed under the former dictator Jammeh’s rule. TRCC is mandated to both find perpetrators, create reconciliation and investigate how the abuses have affected the structures of society (see Calendar). Jammeh himself has been in exile in Equatorial Guinea since early 2017.

The process at TRRC is seen by some as the first steps towards trying to get Jammeh sentenced to Gambia so that he can be brought to justice there. At the same time, there are forces hoping that he will be able to return to the country and regain power. Representatives of Jammeh’s old party APRC have described the ongoing process as a witch hunt.

A new commission, the Constitutional Review Commission (CRC), has also been set up to review the country’s constitution from 1997. It is intended to present a proposal for a new constitution by the end of 2019.

But the country still had many and major problems, not least economic ones. Mass unemployment has created strong tensions in society. Assessors warned in early 2018 that the new government lacked a strategy for what it would do to address the problems. In addition to the government’s meager revenue, Barrow has to deal with a large government debt. On the plus side, there were low interest rates that made it cheaper for the state to borrow money and low inflation. And the economy was considered to be relatively decent in 2019.

But there are also signs that the government does not have full control over the military. In May 2019, eight former soldiers were convicted of planning a coup against Barrow.

At the same time, it has become clear that Barrow does not have a strong political foundation. There have been strong contradictions within the governing alliance, which, among other things, led to the president dismissing two vice presidents, one of whom was Ousainou Darboe, leader of the UDP, the party that Barrow previously belonged to. Two Ministers from the UDP have also joined. But even though the UDP is divided, in November 2019 the party excluded eight members who chose to be loyal to Barrow instead of the party leadership.

At the end of 2019, when nearly three years have passed since President Barrow came to power, it seemed as if he was thinking of remaining as president, despite the promise that he would announce elections in 2020. A new grassroots movement, Three years jotna (Your three years are over) has been created to induce the president to resign as he has promised. Barrow, for his part, says he only follows the constitution that gives him a term of five years. At the same time, there is a concern about what would happen in the power vacuum that would occur if he suddenly resigned. 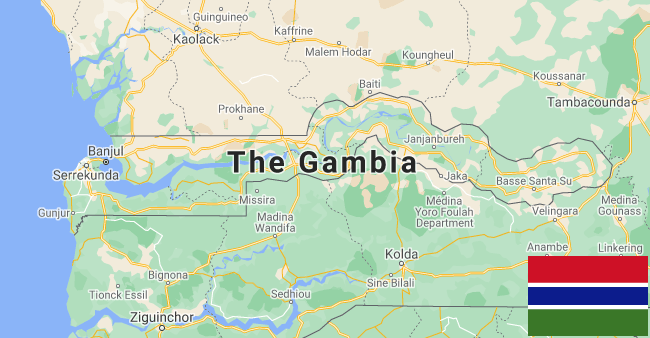