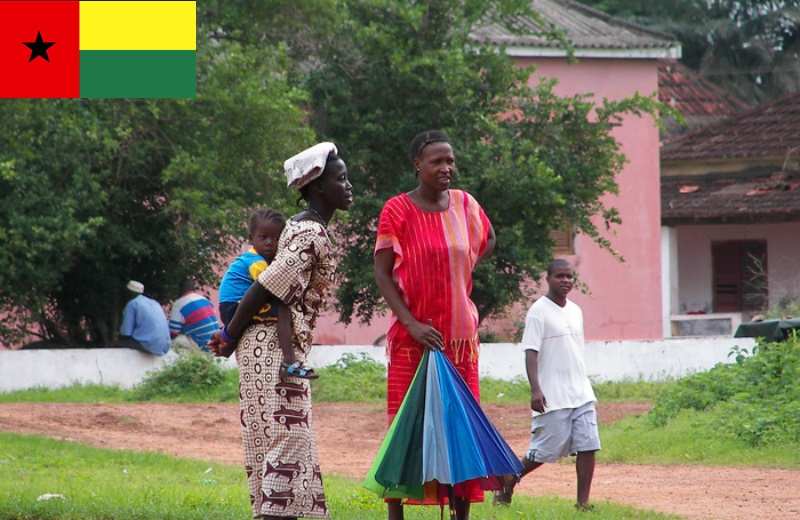 Guinea-Bissau is a country located in the region of Western Africa. See abbreviation for Guinea-Bissau. Ever since independence in 1974, the history of Guinea-Bissau has been marked by political chaos with military coups and coup attempts. After the last coup in 2012, most major donors withdrew their support to the country, which hit hard on the already fragile economy. After being postponed several times, democratic elections could be held in April 2014. The African independence party for Guinea-Bissau and Cape Verde (PAIGC) became the largest party and its candidate José Mario Vaz was named president. But in 2015, contradictions within PAIGC led to an unresolved crisis that for several years has paralyzed political life. It was hoped that a new presidential election at the end of 2019 would help to resolve the crisis, but the political situation remained locked.

The new authorities tried to persuade the donors to resume their support for the country, and prepared cuts in the public administration. António Indjai, who had led the coup in 2012, was forced in September 2014 to retire as army chief. President Vaz and Simões Pereira ended up in a collision course when Indjai’s successor was to be appointed. It was Vaz’s candidate, Biague Na Ntam, a commander of the Liberation War, who got the post. He made it clear from the outset that the military would subordinate itself to the civilian authorities, and he initiated reforms in the defense forces (see Foreign Policy and Defense).

The conflict between Vaz and Simões Pereira escalated and resulted in President Vaz dismissing the popular prime minister in August 2015. Vaz had long criticized the government for corruption and frugal politics, to prevent transparency in public procurement and to interfere in the work of the judiciary.

The new head of government appointed by the president by decree was allowed to leave after a few weeks after the Supreme Court ruled that appointing him was contrary to the constitution because Vaz had not consulted with the largest party in parliament, ie PAIGC, before making his decision.

Following pressure from the EU and mediation via Ecowas, PAIGC was able to appoint a compromise candidate who would temporarily take over as prime minister. It was 81-year-old Carlos Correia, who formed a government that, apart from PAIGC, consisted of two smaller parties. 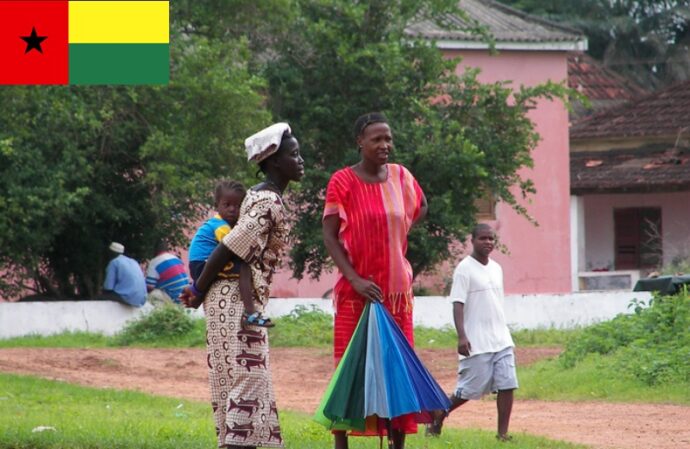 However, the power struggles within PAIGC continued. 15 PAIGC members were excluded from the party in January 2016 since they had voted against the government’s budget the month before. They occupied the parliament building for a few days and elected their own “President” before giving up. A regional court in January, which ruled that the excluded PAIGC members had lost their seats in the National Assembly, revoked the decision a month later.

The president was accused of showing a conciliatory face outward, while actively participating in the power play behind the scenes. Some analysts described it as a conflict between the party’s old guard and a younger generation that wants to push through reforms. Others argued that it was mostly about who would be in control of the state’s resources. They emphasized that the contradictions were reinforced by the fact that large sums of money were still entering the country through the drug trade, which favored parts of the military and political elite (see also Modern History).

Government work was paralyzed in the spring due to the continuing political crisis. It worsened in May 2016, when President Vaz dismissed the entire government and demanded that PAIGC appoint a new minister. At the same time, he rejected all talk of new elections. Major donors and the UN expressed concern about the situation in the country.

The crisis was further spurred in May, when the president dismissed Correia’s government and appointed Baciro Djá as new head of government. However, PAIGC highlighted that it did not intend to approve the new prime minister. However, he was able to take up the post after 15 PAIGC members who were excluded from the party, through a court ruling, regained their seats in the National Assembly.

Djá’s new government took office in early June, but the old ministers refused to leave the government building where they had barricaded themselves.

Representatives of the Ecowas cooperation organization mediated in the conflict. In September 2016, the parties had agreed on a “road map” to resolve the conflict and appoint a new government, continue the defense reform previously initiated (see Foreign Policy and Defense) and amend the Constitution (Conakry Agreement). In November of that year, President Vaz dissolved the government, and Umaro Sissoco Embaló, who belonged to the PAIGC branch that opposed all reforms, was appointed new prime minister. But neither did Embaló succeed in tightening the state budget through parliament and the political deadlock persisted.

At the same time, a new opposition alliance, the Conscious and Discontented Citizens’ Alliance (MCCI) was formed, which was mainly made up of representatives of younger middle-class Guineans from the cities. MCCI organized several peaceful demonstrations and vigils with thousands of participants to protest the political crisis. On at least one occasion, the police have intervened to stop manifestations and MCCI supporters have been arrested. That the group had political influence was evident when it succeeded in getting Senegal’s president to cancel his visit to Guinea-Bissau by saying that it would be perceived as giving his support to Vaz.

Also, pressure from Ecowas has not been enough to lift the crisis and a deadline that expired in May 2017 has passed without any consequences. At the same time, dissatisfaction among the population grew over the fact that hardly any community service worked and public servants did not receive their salaries.

In early 2018, Embaló filed his resignation application. He was replaced by another PAIGC politician Artur Da Silva who was appointed by decree by the president. Ecowas tried to increase pressure on Vaz and his faction, and in February 2018 imposed sanctions on the president’s circle, including his son and businessman Braima Camará, but the situation seemed as locked as before. Da Silva was close to President Vaz, but lacked the support of the PRS that Embaló had. In addition, former Prime Minister Carlos Gomes Júnior returned to the country after several years in exile in Portugal, announcing his intention to stand in PAIGC’s party leadership election, and possibly in the 2019 presidential election. reference that some members were not allowed to attend, and Gomes Júnior left the country after only a few days. Lastly, Domingos Simões Pereira was elected party leader with 98 percent of the vote.

A new attempt to break the deadlock was made in April 2018, when Vaz, via decree , appointed veteran politician Aristides Gomes as new prime minister, and at the same time announced parliamentary elections until November of that year. A consensus government between PAIGC and the PRS would rule the country until then.

In October, however, it became clear that voter registration would not be ready until November. Election Commission Ceni then decided to postpone it until January 27, 2019. At the same time, it became clear that neither Gomes could dissolve the political knots that paralyzed politics for several years. The opposition also raised the tone, and the number of government-critical demonstrations increased, as did trade unions. A new party The Movement for a Democratic Alternative (Madem-G15), formed by the 15 members of PAIGC who were excluded from the party, played a pivotal role in the protests along with, among others, MCCI.

Finally, the parliamentary elections were held on March 10, 2019. PAIGC became the largest party, but did not get its own majority, while Madem-G15 became the second largest, followed by the PRS (see Calendar). Later, it was clear that PAIGC could reach its own majority in the National Assembly through cooperation with three small parties, including the newly formed Assembly for the People’s Unity-Guinea-Bissau Democratic Party (APU-PDGB). However, the new government was stopped when President Vaz refused to approve Simões Pereira as head of government. In the summer of the same year, the assignment was to re-direct the government to Aristides Gomes.

In August, it became clear that Domingos Simões Pereira would stand as PAIGC’s candidate in the presidential election in the fall of 2019. If he were to win, there was a risk of triggering tensions for the military. The same goes for former Prime Minister Carlos Gomes Júnior, who has also announced his intention to run. He was about to win the 2012 presidential election when the military took power in a coup. President Vaz has also announced that he will participate as an independent. Madem-G15’s candidate will be Umaro Sissoco Embaló.

The election was conducted as planned on November 24. President Vaz camp accused on election day PAIGC of cheating and reports came that riots occurred in several places. However, it turned out that a second round of elections was needed on December 29 to make a decisive decision. In it, Umaro defeated Sissoco Embaló of Madem-G15 PAIGC’s Domingos Simões Pereira. Simões Pereira, however, argued that valfus had occurred and appealed to the Supreme Court to appeal the result.

Sissoco Embaló’s position as new president is made more difficult by the fact that Simões Pereira’s PAIGC party holds a majority in the National Assembly. It chose to reject him and appointed the President of Parliament as the transitional president. However, this departed shortly thereafter. After an improvised ceremony at a luxury hotel in Bissau, Sissoco Embaló took office and appointed a new government after that. The opposition described this as a “coup” and demanded that the Supreme Court review the presidential election. Sissoco Embaló is the first of the Muslim people group Fulani on the presidential post.

unclear who is the country’s prime minister 2

Twelve parties are running in the parliamentary elections

The larger parties go to elections on promises to get schools started and all healthcare institutions. Foreign observers give the election approval despite many deficiencies in the organization. The election is won by the African Independence Party for Guinea-Bissau and Cape Verde (PAIGC), which receives 45 seats, while 35 seats go to the Social Renewal Party (PRS). In May, PAIGC leader Carlos Gomes Júnior will take over as prime minister. The PRS promises to support PAIGC in Parliament.

Seabra is killed during the uprising

Correia Seabra, who was behind the 2003 coup (see Modern History) is killed during a soldier’s uprising. 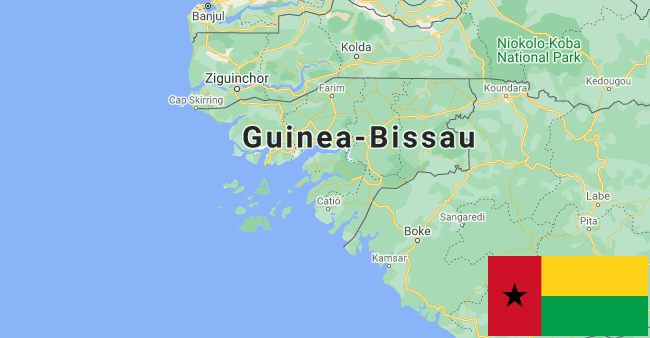