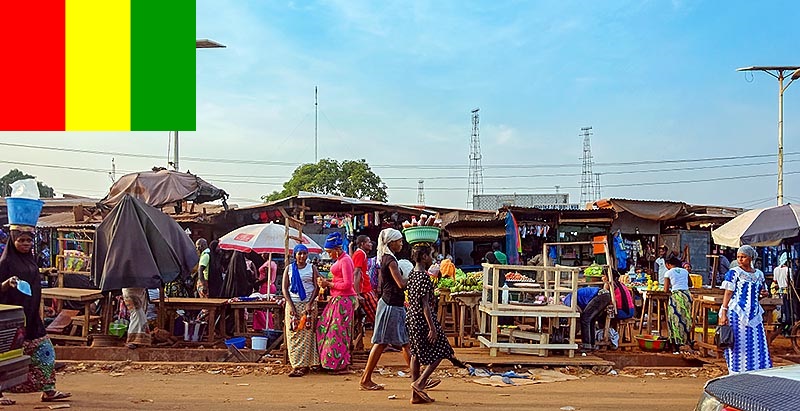 Guinea is a country located in the region of Western Africa. See abbreviation for Guinea. Guinea’s democracy is fragile, but since 2010 the country has a elected president, Alpha Condé. But there are still strong tensions between the country’s largest ethnic groups, Malinké, of which Condé belongs, and Fulani, who dominate the opposition. Condé was re-elected as president in 2015, but there is a constant tug of war between the government and the opposition over which rules of play should apply in the political arena.

Comprehensive corruption contributes to widespread poverty. However, some progress has been made under Condé’s rule, among other things, a number of contracts with foreign mining companies have been renegotiated. The Ebola epidemic that broke out in the country at the end of 2013 (see Social conditions) caused severe stress for the economy. The government was accused of not realizing the seriousness of the situation in time when it took until August 2014 before the necessary measures were taken. The economic problems were made more difficult by the fact that the world market price fell on a number of minerals. Since then, the economy has started to grow again, largely due to increased exports of bauxite, not least to China.

Condé had wanted to see himself as a West African Nelson Mandela, but the development went in a different direction. Political life was characterized by the deep suspicion that prevailed between Condé’s government and the opposition, notably Dalein Diallo and his party, the Union of Guinea’s Democratic Forces (UFDG). Both the president and his political rivals thwarted mistrust by playing on ethnic tensions when they could win it politically. A faction within the military was suspected to be behind an assassination attempt on the president in 2011, but otherwise the military stayed out of politics.

The opposition has continued to protest against both what is seen as abuse of power and Condé’s attempts to remain in power at all costs, not least by postponing planned elections. From time to time, the parties have concluded agreements to move forward, but these have not meant any long-term solutions to old political lock-ups. In 2019, the protests gained momentum due to concerns that changes in the constitution would allow Condé to stand for re-election after his two terms in office expire (according to current writing, the president may only stand for re-election once).. At the end of that year, the President presented a proposal for a new constitution, but he has not clearly said anything about how he views his own political future.

Leading the protests is the National Front for Defense of the Constitution (FNDC) formed by the largest opposition parties, several trade unions and other representatives of civil society (see also Political system). 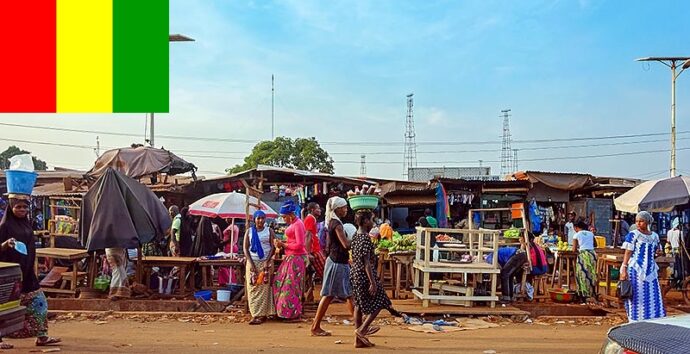 Condé is re-elected, but shaken by corruption deals

Because of the Ebola crisis, the opposition for some time refrained from carrying out any protest actions. When they resumed in spring 2015, the demonstrations gathered did not gather as many people as before. The presidential elections were held in October 2015, but the promised local elections were postponed in the future.

The main candidates in the presidential election were recognized from 2010: in addition to the president, who was running for re-election to the ruling party of the Guinean People’s Party (RPG), Dalein Diallo and Sidya Touré of the Republican Forces (UFR).

Condé’s position was strengthened by the fact that he had succeeded in improving the electricity supply in Conakry, via a new hydroelectric plant in Kaléta, which was opened approximately at the same time as the election movement began. Two of the president’s most important election promises included two major infrastructure projects: a new hydroelectric power plant at Souapiti on the Konjouréf River and the iron mining to be started in Simandou.

Prior to the election, there were unrest in several parts of the country, which resulted in at least about 10 deaths. However, the election day itself was calm. The opposition demanded that the election be annulled because of cheating, but it got approved by EU and AU observers. According to official results, President Condé received almost 58 percent of the vote already in the first round of elections.

That gave Condé a clear new mandate, but in the spring of 2016, the president was shaken by serious corruption charges, which, however, were primarily directed at his son, Alpha Mohammed Condé, who also served as his adviser. He was accused of receiving bribes from the British mining company Sables.

2017 saw several signs of fragmentation within the governing RPG, where dissatisfaction with the government grew among the grassroots, which risked beating the party when the local elections would be lost (the intention was that they would be held in 2017). At the same time, the opposition was weakened by the fact that Sidya Touré and UFR had then joined the government side (later they have re-joined the opposition).

The local elections were finally held in February 2018, the first in the country since 2005. Violence blossoms in connection with the election and several people are killed. After the election, the opposition parties accused the government of cheating and new deaths were demanded in connection with protests. They only ceased in early August of the same year, after the parties agreed to an agreement that gives the opposition parties the right to appoint local leaders in several districts.

The opposition boycott the parliamentary elections

Neither did the parliamentary elections that would have been held in 2018 went off as planned. Instead, in early 2019, President Condé chose to extend the National Assembly’s mandate indefinitely. Later it was announced that it would be held at the end of the year, and then moved to February 16 and then to March 1. Then the voters would also have to decide on a new constitution (see Political system). However, large parts of the opposition would not take part in the parliamentary elections and the voters were urged to boycott the referendum. On election day, President Condé announced that the elections would be postponed. Instead, they were held on March 22, and were in many directions agitated by unrest when opposition activists tried to prevent them from being held. The result was delayed, but as expected, Condé’s party won RPG’s own majority in the National Assembly and the constitution was approved by a clear majority of voters. However, the election was criticized from several directions, including by the EU and the US.

In early April, President Condé approved the referendum via decree, while approving support measures to counter the financial consequences of the ongoing corona crisis.

Read about the ongoing development in the Calendar. 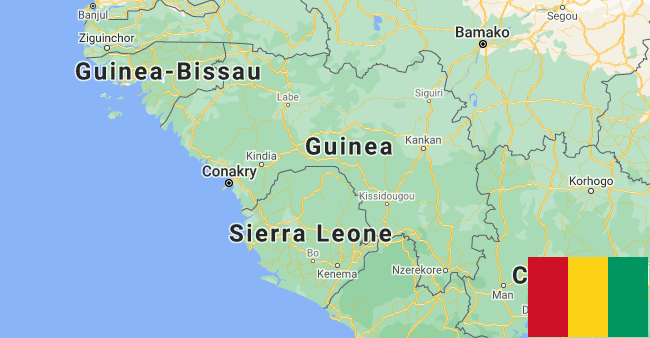