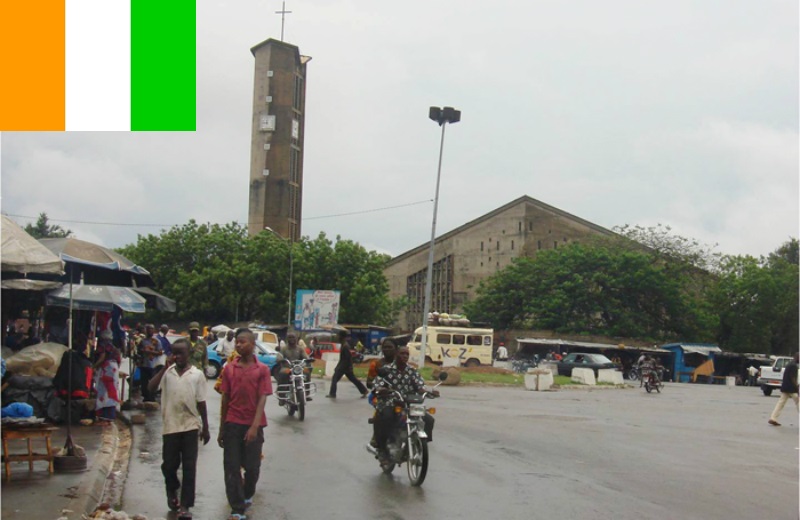 Ivory Coast is a country located in the region of Western Africa. See abbreviation for Ivory Coast. The Ivory Coast has been shaken by serious unrest since the 1990s. Civil war broke out in 2002 and for several years the country was in practice divided into a southern part, ruled by Laurent Gbagbo’s government, and a northern rebel controlled part. Many attempts were made to broker peace, but only in 2007 was a settlement completed. The presidential election, which the parties had agreed to in the peace agreement, was first held in the fall of 2010. According to the election commission, opposition candidate Alassane Ouattara defeated then-president Gbagbo, but the latter refused to admit his loss. This led to new confrontations between Gbagbo’s and Ouattara’s supporters. In April 2011, Gbagbo was forced to give up and Ouattara could formally take office as president.

The many conflict years have hit hard on the Ivory Coast’s economy, but a rapid economic recovery began after 2011. This favored Ouattara, who was re-elected President in the fall of 2015.

14 candidates in the first round of the presidential election on October 31, 2010 – including Gbagbo, Ouattara and former president Henri Konan Bédié. Ethnic tensions rose as the election approached. At their elections, Gbagbo’s supporters resorted to Ouattara’s name to draw attention to his alleged foreign background (see Modern History). At the same time, it was clear that Ouattara had its strongest support in the north.

Gbagbo and Ouattara received the most votes in a second round of elections (see Calendar). After the election, the opposition and the government side accused each other of electoral fraud and claimed that their constituents were exposed to threats and other harassment. The international observers also pointed out the misunderstandings, but believed that most things had still been right. After the election, unrest rose further in anticipation of the result.

On December 2, after many trips, the Election Commission announced that Ouattara had won by more than half the votes. Gbagbo, who refused to admit defeat, now turned to the Constitutional Council, which claimed he had won the election by a small margin. Gbagbo and Ouattara now designated their government and all attempts to mediate between them failed. Most of the outside world, including the African Union (AU) and the regional cooperation organization ECOWAS, supported Ouattara and both the EU and the US imposed sanctions on Gbagbo and its immediate circle, something Gbagbo saw as a manifestation of “neo-colonialism”.

At the same time, violence increased in several parts of the country. Squadrons of death were suspected of murder and serious crimes against people who belonged or who they believed belonged to Ouattara’s camp. Ouattara’s supporters were also charged with extrajudicial executions and other abuses against the civilian population (see Calendar). At least 3,000 people were killed and up to one million were forced to flee. Many of the victims were civilians. 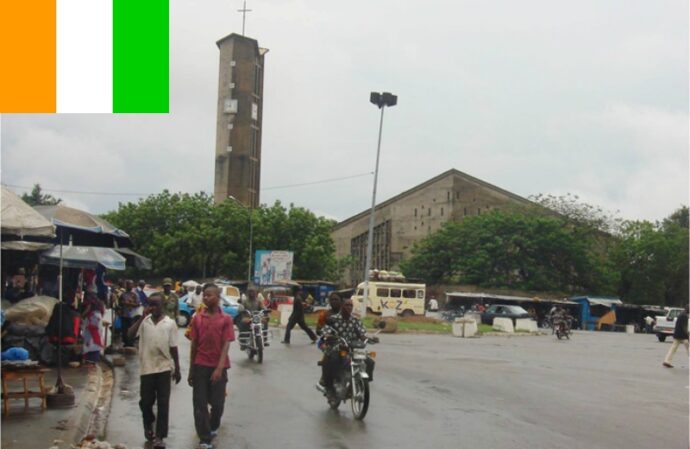 In April 2011, Ouattara-loyal forces, backed by UN forces UNOCI and France, were able to capture Gbagbo. In a televised speech, Ouattara said that anyone who committed serious abuse would be brought to justice. In May, Ouattara was able to take office as President with the approval of the Constitutional Council.

In the fall of the same year, Laurent Gbagbo was extradited to the ICC in The Hague where he was brought to justice accused of crimes against humanity. At the same time, new reports of violence and threats came, in particular, to former Gbagbo supporters.

The parliamentary elections held on December 11, 2011 were boycotted by the Gbagbo Party of the Ivorian People’s Front (FPI). This meant that Ouattara faithful parties, especially the president’s own party, the Republican Assembly (RDR), won an overwhelming majority of seats in the National Assembly (see Calendar). The second largest party was Henri-Konan Bédiés Ivory Coast Democratic Party (PDCI).

RDR and PDCI formed government. Prime Minister Guillaume Soro, former leader of the New Forces rebels and head of government under Gbagbo from 2007 until the 2010 elections.

In March 2012, a new government was formed with Jeannot Ahoussou-Kouadio as prime minister and Ouattara as defense minister.

Former Prime Minister Soro was shortly thereafter elected President of the National Assembly, which was seen as a good position to advance in politics.

However, the ICC’s investigation of a massacre in Duékoué 2011 (see Calendar) for which the new government forces FRCI is suspected, however, was considered to be able to strike against Soro, who at that time had the highest responsibility for the force.

New acts of violence and high crime continued to create major problems, although the government claimed that the situation in the country had improved. In 2012, several attacks against army postings were reported where deaths were required.

Since his entry into power, Ouattara had concentrated on rebuilding the economy, but in the fall of 2012 he was criticized by the International Crisis Group for not putting as much effort into creating reconciliation and reforming the defense forces. The political lockdown in which the FPI did not want to participate in political life continued, especially after revealing that Gbagbo supporters in Ghana were planning a coup against Ouattara.

In November 2012, the President dissolved the government and appointed Daniel Kablan Duncan as new Prime Minister. This was seen as a sign of tensions within the government between RDR and PDCI (see Calendar). According to the president, the main purpose of the government’s refurbishment was to boost the economy.

At the same time, the economy began to recover. In 2013, GDP grew by about 9 percent and the country managed to attract a lot of foreign investment. In 2015, forecasts pointed to growth of almost 10 percent.

In March 2015, former president’s wife Simone Gbagbo is sentenced to 20 years in prison for the role she played in the violence after the 2010 election. Several other people who were simultaneously prosecuted were sentenced to long prison sentences. Simone Gbagbo was released in August 2018 after the president granted her amnesty. In early 2019, her husband was acquitted by the ICC (see Political system).

In September 2015, the candidates were presented in the presidential election on October 25: In addition to Ouattara, FPI’s Affi N’Guessan, former Prime Minister Charles Konan Banny and former President Mamadou Koulibaly were the main candidates.

Parts of the opposition boycotted the presidential election, which became a clear victory for Ouattara, which according to the election commission received 84 percent of the vote. However, turnout was low, 55 percent, compared with 80 percent in 2010.

A proposal for a new constitution in 2016 attracted sharp criticism from the opposition. In particular, they objected to the idea that the President should appoint the Vice President, saying that it was a way for Ouattara to appoint his own successor. The most important change is to abolish the disputed “nationality clause” – that a presidential candidate must be able to prove that both parents were born in Ivory Coast. The draft proposal was approved by the National Assembly in early October 2016, and in a referendum later that month.

The December 18 parliamentary election was a success for Ouattara’s alliance RHDP, which won 167 of the 255 seats. However, turnout was very low, only 34 percent according to preliminary figures.

In 2017, tensions within the government coalition rose, not least between Ouattara’s faction of the RDR and the one supporting President Guillaume Soro.

Soro and other former rebel leaders were still considered to have a strong influence over large parts of the armed forces. Several soldier rebellions, which Soro was believed to be behind, created problems for the government and social unrest escalated. Supporters of former President Gbagbo are suspected of being behind a series of armed attacks on police stations, among others. The situation was also made worse by falling prices for cocoa in 2017, which meant that the government had less money than before to invest in new projects.

The cracks in the government grew. When the RHDP formally became a political party in July 2018, the PDCI stood outside the new party formation. Ouattara responded by dissolving the government, but when a new one was appointed, most ministers remained, including several PCDI politicians who had been excluded from their party (see Calendar). In conjunction with the PDCI leader Henri-Konan Bédié marked that his party would stand for the opposition in the local and regional elections to be held in autumn 2018.

At the same time, Ouattara made statements indicating that he did not rule out for re-election a third time, which he believed was compatible with the new constitution. However, he stressed that he would not decide before it was time for the next presidential election in 2020. This contributed to the tensions in the relationship with Bédié, which he also believed was aimed at the presidential post. In addition, Bédié should have been promised that RHDP’s next presidential candidate will come from his party. Another player of power, Soro, seized the opportunity to criticize the president for failing to improve the lives of ordinary Ivorians. Soro is also considered to have the eyes on the country’s highest office.

However, in March 2020, Ouattara unexpectedly announced that he would not run in the October presidential election. 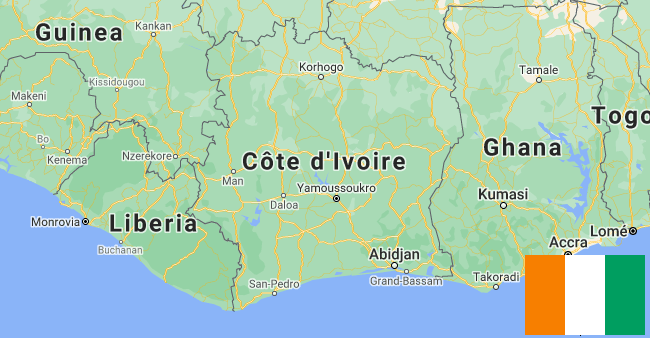