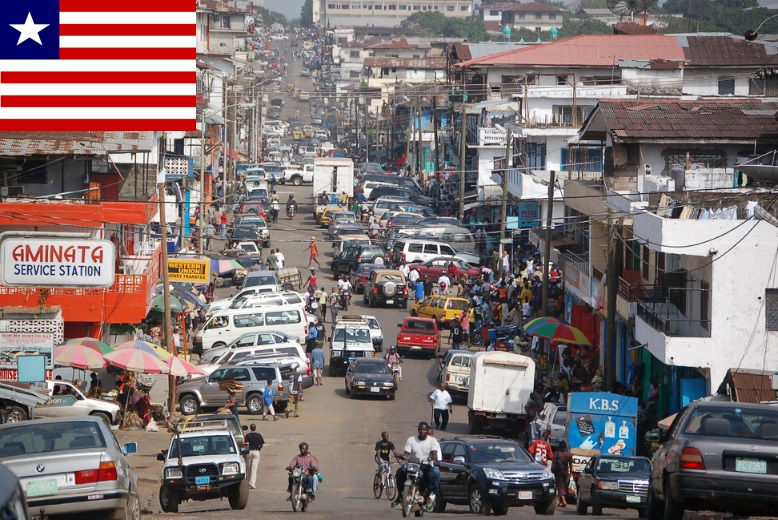 Liberia is a country located in the region of Western Africa. See abbreviation for Liberia. Ellen Johnson Sirleaf’s second presidential term was largely influenced by the Ebola epidemic 2014–2015, which affected Liberia worst in the West African countries and affected the entire community. The president had a high reputation in the outside world, but at home the opinion figures failed. Corruption deals in the president’s presence and accusations of nepotism (slander) contributed to that. In January 2018, a change of power occurred when former football star George Weah took over the presidential post.

Since Johnson Sirleaf was re-elected in November 2011 (see Modern History), talks between government and opposition began. Sometime in January 2012, the opposition party announced the Congress of Democratic Change (CDC) and its leader Winston Tubman that they now recognized Johnson Sirleaf as the country’s president and were prepared to cooperate with her government. The protests that the CDC planned for the installation ceremony were canceled. In March, CDC expelled Tubman from the party on charges of corruption and reinstalled George Weah as party leader. Tubman himself said he would leave politics. When the president later named Weah “peace ambassador”, many saw it as a way to weaken the CDC even more.

In April 2012, former President Charles Taylor was convicted of war crimes committed during the Civil War in Sierra Leone and sentenced in May to 50 years in prison (see Foreign Policy and Defense and Sierra Leone: Democracy and Rights).

In the spring of 2014, Liberia suffered a major epidemic of the infectious disease ebola (see Social conditions). In addition to all human suffering, the disease outbreak also hit the economy hard with lower growth rates and high inflation. At times, the schools were kept closed and between August and November 2014, the government announced a state of emergency and blocked off areas where the infection was particularly widespread.

However, the situation in the country began to improve in late autumn 2014. In May 2015, Liberia had been reported to be free from Ebola but some new cases were discovered during the summer. In September, the country was once again declared free of Ebola, but a new setback came in November. In January 2016, hope was raised that Liberia would be free from the disease, but in April came reports of a new death in Ebola. In total, nearly 5,000 people were estimated to have died in the disease in Liberia. 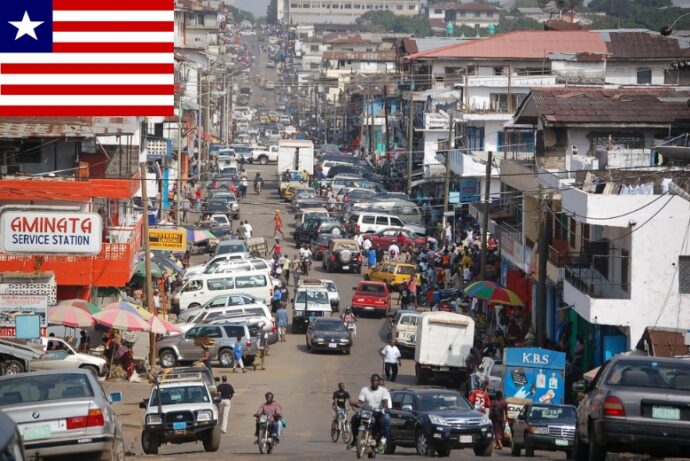 Internationally, President Ellen Johnson Sirleaf received praise for his way of dealing with the Ebola crisis; Already, she had been praised for her starting to gain momentum after the devastating civil wars, including succeeding in drawing foreign investment into the country, bringing about a substantial write-down of Liberia’s foreign debt and ending the UN embargo on the export of timber and diamonds. However, the Ebola epidemic meant that the development stopped, at the same time as the international recession gradually pushed down prices for the country’s export goods.

Domestic politics criticized the president, especially since several of her sons and other relatives were given high positions in the administration. The President’s eldest son Robert Sirleaf was her closest adviser until autumn 2013 and was considered in practice to act as the country’s prime minister. Leymah Gbowee, who received the Nobel Peace Prize at the same time as Johnson Sirleaf, openly criticized the president for not doing enough to stop the widespread corruption. Criticism also received a number of interventions against the media from the authorities (see Calendar).

Many issues also remain for the president to address before her second term expires in 2017 when she cannot be re-elected. Despite some efforts, the electricity supply is far from sufficient, which is an obstacle to economic development. The same applies to the rough roads in parts of the country. The Ebola crisis clearly showed the shortcomings in health care, and the education system is still functioning poorly.

Many were also disappointed when they expected Liberia’s first female president to try to do more for the widespread violence against women, including the growing number of women murdered in connection with rape. Increases also do such things as gang-related violence and armed robbery.

After all, President Ellen Johnson Sirleaf has maintained peace, kept the country together and established a national army (see Foreign Policy and Defense). However, in May 2016, Liberia was shaken by a serious corruption scandal with ramifications far up the political peak (see Calendar).

On June 30, 2016, the UN force handed Unmil over the defense of the country to the Liberian army. However, a smaller group of UN soldiers remained in the country in the event of a crisis.

Ahead of the October 10, 2017 election, 20 presidential candidates had registered and 948 candidates were competing for the House of Representatives’ 73 seats.

President Johnson Sirleaf was not allowed to stand for re-election and there was no obvious successor to her. The candidate for the ruling Unity Party (UP) became Vice President Joseph Boakai. When he launched his candidacy, he was supported by 19 of the Senate’s 30 members. He is considered competent and has never been accused of corruption. For his Vice Presidential candidate, he appointed House Speaker Emmanuel Nuquay, from the country’s largest group of people, not the candidate Johnson Sirleaf had wanted.

Another of the more prominent candidates was the company leader and millionaire Benoni Urey, who was running for the All Liberians Party (ALP) which he formed as late as 2015. He promised investment in health care and education, as well as salary cuts and fewer benefits for ministers and MPs.. Urey is americoliberian but his vice presidential candidate, university teacher Alexander Duopu is the gio. Urey is the founder of Lonestar, Liberia’s largest telecom company.

Former soccer star Senator George Weah, who was close to winning the 2005 presidential election, was one of the favorites. For many, however, his choice of vice presidential candidate was controversial: Senator Jewel Howard-Taylor, who was previously married to Charles Taylor.

The candidates included former warlord and now Sen. Prince Johnson, Alexander Cummings, who worked for Cocacola in both the United States and Nigeria, and the Freedom Party’s Charles Walker Brumskine. One female candidate was in the starting field: former photo model MacDella Cooper, who now runs a foundation to improve the living conditions of women and children. She was first nominated as a candidate for the Liberian Democrats’ Union (ULD), but after an appeal against her candidacy within the party, she stood for the Liberian Reconstruction Party (LRP). She has made a positive statement about same-sex marriage, which is seen as controversial in socially conservative Liberia.

None of the candidates got enough votes to win already in the first round of elections, instead it will be a second round of elections between George Weah and Joseph Boakai, who received 39 percent and 29 percent of the vote, respectively, on November 7. Election’s three Charles Brumskine got about 10 percent of the vote. However, his party, the Freedom Party, demanded that the NEC Election Commission should annul the election because of cheating. However, the Supreme Court intervened in early November and postponed the second round of elections indefinitely, pending NEC to handle the matter.

There was much talk that Weah, who belongs to the crowd group, would win a second round of elections. However, he had weak support within the country’s elite, it was among the grassroots he had almost all his followers. He also ran a lavish campaign and traveled from place to place in helicopter. According to the magazine Africa Confidential, Weah refused to declare his assets or tell him from where he had received money for his campaign. His journey from Monrovia’s slum to celebrated soccer star (in 1995 he was named by the International Football Association (Fifa) as the world’s best footballer) arouses the admiration of many young Liberians. He was not in the country during the civil war either.

Among Weah’s followers were Liberians who had gotten even more difficult than before to enter the labor market, as in recent years they faced increased competition for jobs from Liberians who returned home from exile.

In anticipation of the Election Commission’s decision, Boakai, Brumskine, Alexander Cummings and Benoni Urey met to discuss whether to form an alliance for the second round of elections to allow Boakai to defeat Weah. At the same time, President Ellen Johnson Sirleaf expressed concern that recent developments may be damaging to Liberian democracy. It was now clear that the gap between her and her vice president had widened.

On November 20, the Election Commission announced that it had found no evidence of cheating. On December 7, the Supreme Court will give the go-ahead for the second round of elections. It was held on December 26 and won with clear figures by George Weah. Expectations were now high on the new president who promised radical changes to society. However, critics pointed out that he had presented few concrete proposals on what policy he would like to pursue. His lack of formal education has caused some judges concern. Prior to the 2005 election, he said he had a degree in sports leadership from Parkwood University in London, an institution that issues diplomas without requiring any studies.

Weah took over the presidential post on January 22, 2018. He had previously said he would form a government with experts to help him solve the country’s major problems with poverty, education, care and corruption. Almost two months later, the last UN soldiers left the country.

After his first year in power, assessors found that he had failed to live up to the high expectations of his board. However, one of his first steps was to require all former ministers and civil servants to return cars and other government equipment to which they had access to the job. New biometric ID cards would be introduced so that the state could get rid of so-called ghost workers, non-existent persons whose wages fall into the pockets of others. He also lowered his own salary, but he still refused in July to state how much assets he had, despite being required by people holding a public office in Liberia. And the figures have not been made public. It also opened to criticism that he put his own business interests ahead of the country, as well as allegations that he favored his own home region, the Gibraltar slum in Monrovia. In addition, he surrounded himself with people who had previously been involved in corruption deals and accused of neglecting the country. Warnings have also come about a toughening climate for the media, not least the closure of Front Page Africa in connection with a advocacy target 2018 (seeCalendar).

Information that 100 million US dollars should have disappeared before being delivered to the country’s central bank has created protests. However, the data has gone apart as to whether the money has really disappeared or not.

However, he has managed to secure financial support from the EU of € 27 million, but the country’s financial problems continue to be large and have been exacerbated by low commodity prices.

1st mandate in the House of Representatives 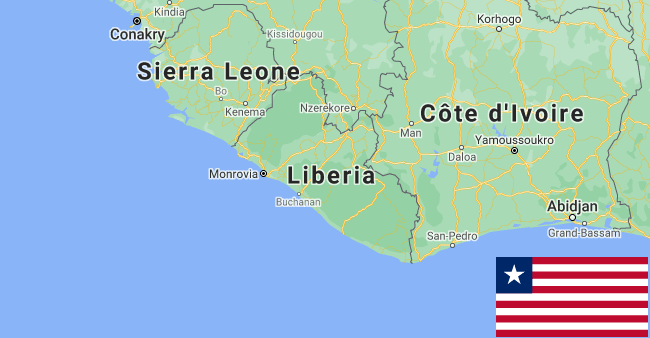