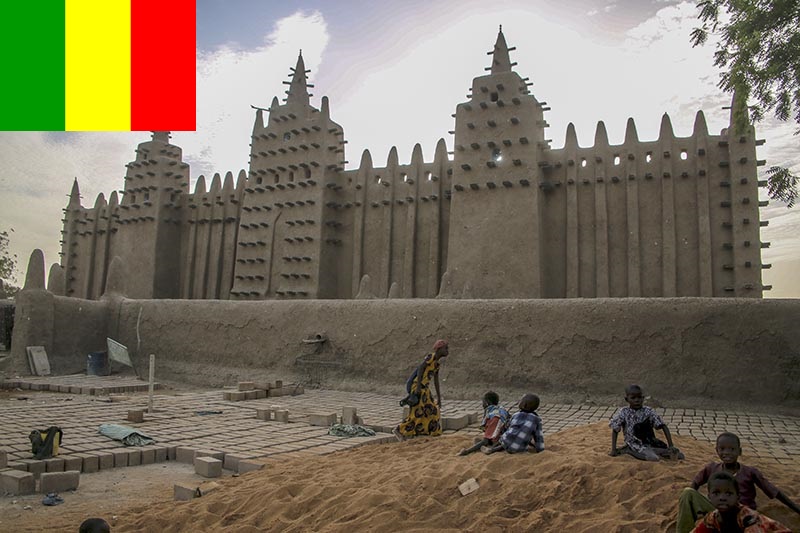 Mali is a country located in the region of Western Africa. See abbreviation for Mali. The situation in Mali is very unstable after the Tuareg and Islamist uprisings that contributed to a military coup in 2012 and that foreign forces came to the country to assist the army. Since 2013, Ibrahim Boubacar Keïta is president and his party RPM is in office. Despite a peace agreement from 2015, the fighting has spread, while ethnic violence has blossomed in central Mali.

The presidential election in the summer of 2013 was conducted despite warnings that conditions were too uncertain. However, the election went quietly. The main candidates, both of whom would return five years later, were already political veterans: Ibrahim Boubacar Keïta and Soumaïla Cissé (see Modern History). Keïta won by almost 78 percent of the votes in the second round.

Just a few weeks after Keïta’s accession, the separatist Tuareg groups in the National Movement for the Liberation of Azawad (MNLA) and the High Council of Azawad’s Unity (HCUA) withdrew from the ceasefire they signed in June (see Modern History).

Elections to the National Assembly could still be carried out in late autumn 2013. The result was a stable parliamentary majority for President Keïta.

Occasional fighting continued between government forces and UN troops on the one hand, and various rebel groups on the other. Pure assaults were also carried out, sometimes by suicide bombers. The Islamist groups did not participate in any talks. The unrest was interrupted with ceasefire and peace talks between the government and mainly Tuareg rebel groups, under the supervision of Algeria and the UN action Minusma.

The MNLA and several other Tuareg groups gathered in 2014 in an umbrella organization, Azawad’s Unified Movements (CMA). 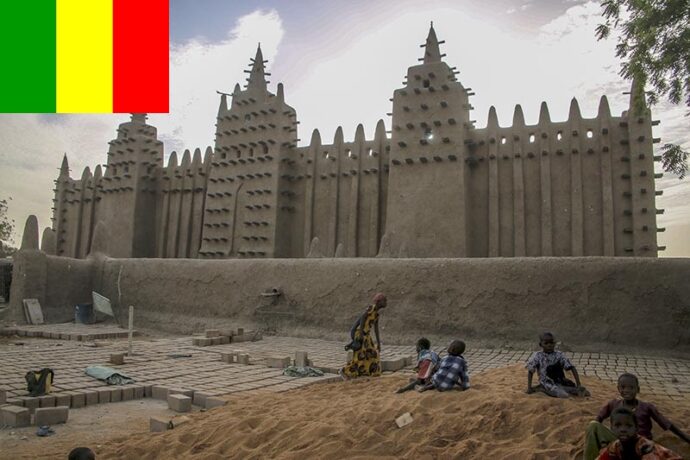 Peace treaty with the Tuaregs

Following lengthy negotiations, a peace agreement was signed in June 2015 between the government, regime-based militia groups and the CMA. Under the agreement, Northern Mali would be given greater autonomy. There were no significant differences against previous peace agreements (1992 and 2006).

At the same time, from the beginning of 2015, security in the country deteriorated as armed Islamist groups began to act in central and southern Mali as well. It was a new development; Previously, the fighting had been limited to the northern part of the country.

Three attacks attracted special attention during the year. In March, an attack was made against a nightclub in Bamako, and in August and November, armed men took hostages in hotels, one in Sévaré and one in Bamako. Over 30 civilians were killed in the attacks. The majority of victims were foreigners, some of whom were UN employees. The al-Qaeda-affiliated Islamist group al-Murabitoun took on all three killings.

In January 2017, 77 people were killed when al-Murabitoun carried out a suicide attack against a military base in the city of Gao in central Mali. In March, a number of Islamist groups, including al-Murabitoun and Ansar al-Din, joined forces to form the Support Group for Islam and Muslims (JNIM), which immediately swore allegiance to Aqim (al-Qaeda in the Islamic Maghreb).

A planned referendum on a new constitution in the summer of 2017 had to be postponed due to political opposition and continued unrest, but the presidential election a year later could be carried out despite the precarious situation. President Keïta was re-elected in a second round of elections in August. The victory was partly due to the fact that the challenger Cissé failed to gather the opposition.

Cissé initially refused to accept the result because of alleged electoral fraud, violence and low participation, but both the Constitutional Court and the EU and AU election observers ruled that the election was conducted in an acceptable manner.

The violence in Mali continues and the UN’s efforts in the country require more lives than any other ongoing peacekeeping operation. Alongside the Tuareg and Islamist rebellions, hundreds of people have been killed since 2018 in attacks between various peoples, mainly Fulani and Dogon, in central Mali. In March 2019, for example, at least 160 fulani were killed by attacking dogs in a village in the Mopti region. In June of that year, about 100 dogas were killed by around 50 fulani who attacked from motorcycles. The conflicts are basically about competition for land and water resources. They are exacerbated by the fact that the ethnic militias that have arisen are in contact with Islamist groups or government loyal militias.

A popular dissatisfaction has been built up with the government’s inability to deal with the ethnic conflicts in central Mali. Large demonstrations in Bamako in April 2019 led to Prime Minister Soumeylou Boubèye Maïga and his government being convicted in a statement of no confidence in Parliament. New Prime Minister became Finance Minister Boubou Cissé. He was commissioned to form a unity government whose main task was to put an end to the violence.

Prime Minister Boubou Cissé presented a new broad government in May 2019, which included parts of the opposition, some rebel groups and parliament’s largest parties. The URD, however, stood outside the unity government. Boubou Cissé chose to retain the post of finance minister himself.

In early 2020, President Keïta made a political reversal when he declared his readiness to start talks with Islamist groups. However, no concrete results have come out of this.

In the spring of 2020, a much-delayed election to Parliament was held. This happened despite the fact that URD leader Soumaïla Cissé had been reported missing and kidnapped by suspected jihadists during his election campaign in central Mali. On the same day that the first round of elections was conducted, in March, Mali suffered his first confirmed death in covid-19, the disease caused by the new corona virus whose spread led to a pandemic.

The turnout was very low, as few people dared to go to the polling stations. A number of reports were submitted to the electoral authority on kidnapped village leaders and election workers as well as looted polling stations.

The second round of elections in April was also fraught with problems. Armed men drove the electorate away from one polling station, and at another venue the polling was canceled following threats from jihadists. Equipment was destroyed in some polling stations in the north and from many directions came accusations of extensive voting.

On June 5 and June 19, 2020, tens of thousands of people gathered on the streets of Bamako in protest of President Keïta’s and his government’s inability to end domestic violence. Behind the protests lay a newly formed opposition alliance of religious leaders, politicians and representatives of civil society. The alliance called itself “June 5” (actually the Fifth June Movement – Patriotic Force Collection) after the date the first demonstration was held. The movement was led by the charismatic imam Mahmoud Dicko and turned to both jihadist violence and that between different ethnic groups. Widespread dissatisfaction with failed political reforms, a poor economy, widespread corruption and a lack of community service were also behind the demonstrations. Keita’s proposal to launch a “national dialogue” was rejected by June 5,

READING TIPS – read more about Mali in UI’s web magazine The Foreign Magazine:
Despite the UN and all efforts: The blood flows than in the Sahel (2020-06-25) 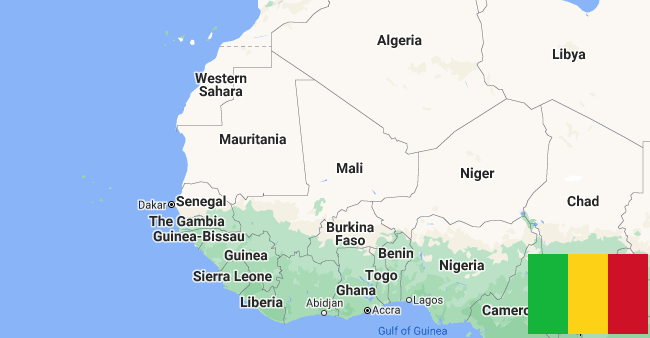