Sao Tome and Principe is a country located in the region of Central Africa. See abbreviation for Sao Tome and Principe. A power struggle between the Pinto da Costa and Trovoada families characterizes the country’s politics. Thus, the conditions for collaboration were not the best when Manuel Pinto da Costa returned as president after the 2011 election and would be joined by Patrice Trovoada, who became head of government the year before. In 2016, the situation stabilized when the Trovoada camp also took over the presidential post following a election victory.

In 2010, Trovoada’s party won the ADI parliamentary election and Patrice Trovoada became new head of government. However, the party did not get its own majority in the parliament and thus constantly came into conflict with the other parties, not least with Pinto da Costa’s old state-bearing party MLSTP-PSD.

Pinto da Costa’s victory in the 2011 election raised fears of a return to authoritarian rule, even though during his election campaign he assured him that he would not be the case. He promised to work to improve the poor country’s economy, fight corruption and create political stability.

The government set aside

In November 2012, the government fell into a vote of no confidence and Pinto da Costa appointed attorney Gabriel Ferreira da Costa as new head of government for a coalition of MLSTP-PSD and two smaller parties PCD and MDFM. Trovoada called Pinto da Costa’s actions illegal and thousands of his followers walked the streets in protest of the decision.

Ferreira da Costa ruled for almost two years until the parliamentary elections in the fall of 2014 when ADI surprisingly won its own majority. Thus Trovoada returned as head of government, this time in a strengthened position vis-à-vis President da Costa.

After his electoral victory, Trovoada promised to turn São Tomé and Príncipe into an “Africa of Dubai” by eradicating poverty and unemployment, investing in IT and expanding the country’s port capacity. There were high goals, considering that around half of the country’s residents lived in poverty and that no one knew for sure when the planned oil recovery would start (see Economic overview).

Tensions in the political top tier were expected to diminish when ADI’s candidate, Evaristo Carvalho, won the presidential election in the summer of 2016. Carvalho easily won the second round when his rival, Manuel Pinto da Costa, and former Prime Minister Maria das Neves jumped off after the first round. Defendants claimed that the election was not right but their appeal was rejected by the Constitutional Court.

Patrice Trovoada welcomed Carvalho’s victory and said he was looking forward to more stable governance and better relations between the state institutions since the president and prime minister now belonged to the same party.

In the October 2018 national assembly election, ADI backfired and lost its majority, but it nevertheless became the largest party of the Assembly. Almost as large became the MLSTP-PSD that advanced. Both parties started government negotiations with small parties. At the end of November, President Carvalho appointed MLSTP-PSD politician Jorge Lope’s Bom Jesus as new prime minister.

64% and 46% respectively in the first and second rounds of the 2016 presidential election; 81% in the 2018 parliamentary elections 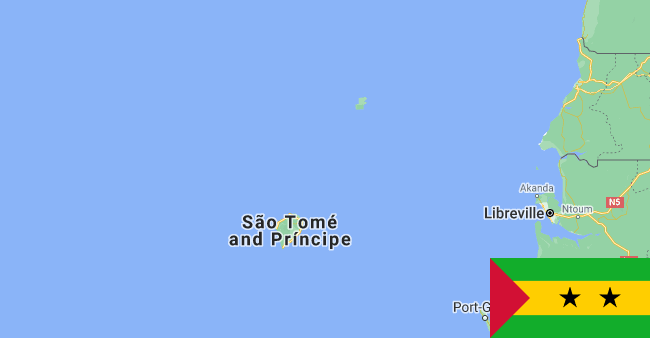