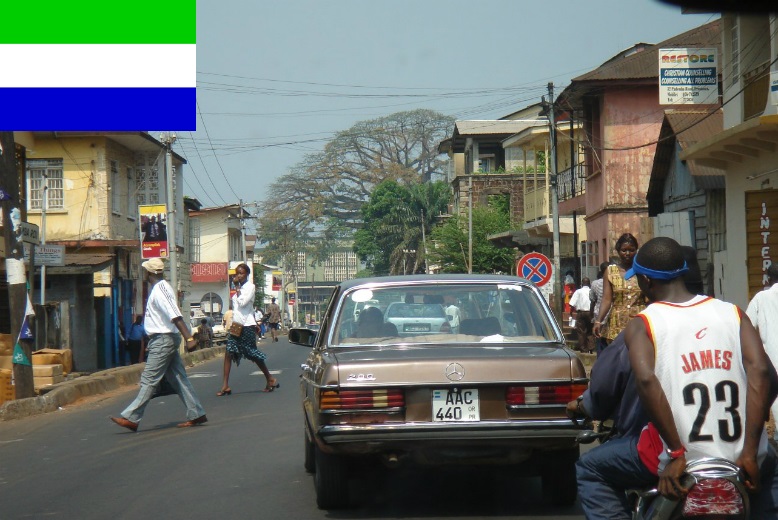 Sierra Leone is a country located in the region of Western Africa. See abbreviation for Sierra Leone. After the long civil war of 1991–2002, Sierra Leone has become relatively stable. The democratic system seems to have taken hold and the country has had fairly good economic growth. But an outbreak of the contagious disease Ebola 2014 at least temporarily halted development and despite great efforts, it is difficult to overcome the corruption. The UN has played an active role in both peace work and the reconstruction of the country after the war. The 2018 election led to a shift in power when Julius Maada Bio from the Sierra Leone People’s Party (SLPP) was elected president.

In spring 2012, tensions rose for the presidential and parliamentary elections on November 17 of that year. The election seemed to be a smooth story between President Ernest Bai Koroma of the National People’s Congress (APC) and Julius Maada Bio of the Sierra Leone People’s Party (SLPP). Some violence was reported before the election, but the election day itself was calm (see also Calendar).

According to the Election Commission, Koroma clearly won the presidential election with 59 percent of the vote. The elections were the first after the war that Sierra Leone held without UN assistance and the international observers approved the election. The opposition, however, claimed that cheating has occurred. Koromas APC also won the parliamentary elections, with APC and SLPP being the only parties represented in the Assembly.

In 2013, there was increasingly lively speculation that Koroma and his party were considering changing the constitution so that the president could be re-elected more than once but no such change has taken place.

Koroma, with a background as an insurance broker, had come to power in 2007 on the promise to fight the widespread corruption and mismanagement of state funds. Koroma has invested in market economy and encouraged foreign investment to build up the country and partly succeeded. 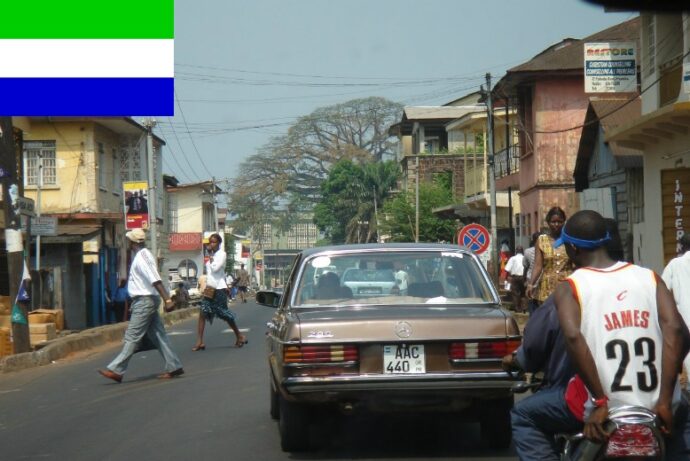 However, much of the development was on a low flame, as Sierra Leone in 2014 suffered an outbreak of the infectious disease ebola. The epidemic hit the economy hard, both through lower growth and high inflation. Many jobs disappeared, causing household incomes to fall, and many schools were closed. Only in November 2015 could the country be declared free of Ebola. Nearly 4,000 people were confirmed to have died during the 18 months the epidemic had been going on. In January 2016, however, a new death toll was reported in Ebola in the northern part of the country, near the border with Guinea. Since then, reports have come that more people have been infected and about a hundred have been quarantined.

In the spring of 2014, the UN said that its mission in Sierra Leone would be transformed anew and that work in the future would be mostly about developing the country. The UN Peacebuilding Commission Unipsil was replaced in March of the UNDAF (UN Development Assistance Framework). At the same time, the Sierra Leonean government set its own goals for what it wanted to achieve, including converting the country into a 25-year average income country (see Economic overview).

A political conflict within the APC broke out in March 2015, when Koroma first expelled Vice President Samuel Sam-Sumana from the ruling party and then dismissed him from the post (see Calendar). Koroma has been criticized for mostly surrounding itself with yes-sayers. Sam-Sumana has since formed its own party Coalition for Change (C4C).

On March 7, 2018, elections were held for the presidential post, parliament and municipalities. Election Day was described as calm. During the election movement there were reports of occasional quarrels between APC and SLPP supporters, without serious personal injury.

Sixteen candidates ran for president. The candidate for the ruling party APC was Foreign Minister Samura Kamara, while the SLPP was represented by Julius Maada Bio, who lost to Koroma 2012. Another of the more prominent candidates was the charismatic Kandeh Yumkella, who resigned from the SLPP and formed his own party, the National Grand Coalition (NGC). His promises of reform seemed to win among young voters. Another new party, the Democratic Alliance Party (ADP), has been formed by Mohamed Kamarainba Mansaray who left the APC. Two women were among the candidates, Josephine Claudius-Cole and Gbandi Jemba Ngobeh, but none of them had enough support to win.

Several of the candidates pledged measures to stop the widespread corruption, including giving Sam-Sumana promises of higher salaries for government employees, implied that they would therefore not have to extinguish their pay in other ways. The then ruling APC had been criticized for making the country too dependent on China. These include two major infrastructure projects financed by Chinese money, including a new airport for $ 300 million. The opposition also portrayed it as Samura Kamara being just a front figure for the APC and that President Koromo would continue to rule the country behind the scenes.

There was broadly a smooth race between APC’s Kamara and SLPP’s Maada Bio, which landed on about 43 percent of the votes, with a slight takeover for Maada Bio. However, the APC seemed to be taking over in Parliament, and two of the new parties, C4C and NGC, were also represented. After the first round of elections came reports of violent clashes between supporters of the two major parties, including in the city of Bo.

In the second round, Maada Bio won over Kamara with 52 percent of the vote. He took office as president in early April. However, Kamara claimed that cheating had occurred and turned to the court to have the result annulled.

In the parliamentary elections, APC became the largest party before the SLPP.

SLPP gets majority in parliament after court ruling

In June 2019, the Freetown High Court ruled that ten members of the APC would lose their seats in Parliament, citing harassment of political opponents and using public funds in their election campaigns. This led to the SLPP getting ten new seats, and a scarce majority in Parliament (see Calendar).

Head of State and Government

87.3% in the 2012 presidential and parliamentary elections, 85% in the first round of the 2018 presidential election

In the second round of the presidential election, APC candidate Ernest Bai Koroma wins with almost 55 percent of the vote over SLPP’s Solomon Berewa.

The party receives more than 40 percent of the vote. Of the other parties, only the Sierra Leone People’s Party (SLPP) and the People’s Movement for Democratic Change (PMDC) come into Parliament. 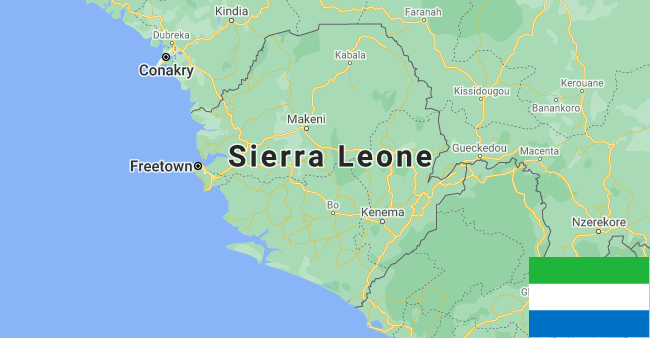